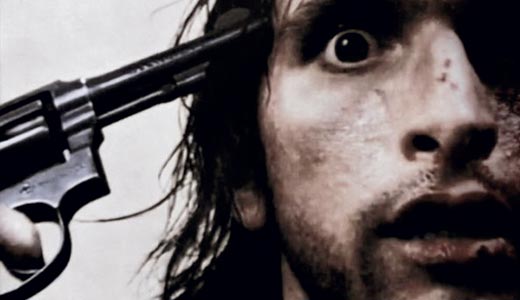 Almost 25 years ago, writer/director/producer/star Buddy Giovinazzo made cult movie history with this simply amazing saga of a Vietnam vet whose life becomes mired in horrible poverty and urban wretchedness. In easily the most shocking finale we ever saw in any movie, this indie juggernaut quite literally changed the way that American independent movies were made and distributed (even more so than the better known “Easy Rider”). Now available in a pristine and uncut Anniversary Edition from Troma films, with a litany of lavish bonus goodies.

We’ll be damned if we can figure out if this is a sequel or a remake, but in any case, Vin Diesel and Paul Walker return to the franchise with Jordana Brewster and Michelle Rodriguez to drive fast cars and somehow fight crime. We don’t exactly understand how they’re fighting crime, of course, but no one who watches these movies gives a damn about the plot, anyway. Lots of loud music, loud cars, fast women, snippets of stoooopid dialog, screeching tires, explosions, gunplay, etc. Enjoy.

Comic-book writer Ed Brubaker teamed up with stuntwoman/cult-star Zoe Bell (“Deathproof”) for this wild tale of a remorseless assassin who gets stabbed in the brain and finds herself unable to murder innocents any longer, which puts her in the crosshairs of her lethal former bosses. With Lucy Lawless, Doug Jones and Ted Raimi; originally a webcast on crackle.com.

What? You never heard of this? Oh, man, you gotta check it out! A middle-aged Japanese man defends the world from cheezy CGI monsters by turning into a clumsy, chunky, 100-foot-tall, club-wielding giant that you just gotta friggin’ see to believe. May be hard to find, but truly worth the effort. It’ll make you pee.

CATCHING SALINGER: THE SEARCH FOR THE RECLUSIVE WRITER J.D. SALINGER

Jerome David Salinger published “Catcher in the Rye” in 1951. But by 1965, he had vanished, disappearing from the world’s eye for his own reasons. Today he may or may not be alive and well (aged 91) in New Hampshire, as we learn in this insightful doc that is as much a revelation of American culture as it is a search for a literary pioneer.

This low-rent “Lord of the Rings” rip-off has everything you could want (to avoid) in a crappy movie: orcs, elves, castles, dragons and brave warriors. So why are we highlighting it? Because it stars Kelly Stables and Brad Johnson. Brad, of course, is well known to SciFi channel watchers in everything from “Supergator” to “Copperhead.” But Kelly is that tiny blonde spinner who plays Alan Harper’s receptionist on “Two And A Half Men.” You’ve also seen her in Whopper Jr. commercials for Burger King, and — wait for it! — she played the evil Samara in “The Ring” movies! Can you believe that? (Next one due in 2011.)

HOW BRUCE LEE CHANGED THE WORLD

Justin Bruening takes over the David Hasselhoff role in this updated and, frankly, over-ambitious ode to an ’80s icon. With sexy Deanna Russo from “Days of Our Lives,” Bruce Davison as her dad, Sydney Tamiia Poitier as a big star’s kid and Val Kilmer as the voice of the car. As far as we know, the show is canceled, though rumors of a 2010 revival abound.

A half-hearted Comedy Central spoof-medieval-epic series. It’s sorta “Eragon” with sex jokes but has one redeeming grace: India de Beaufort, last seen in “Run Fatboy Run,” proves to be comely, funny and one hell of a hoofer, if her “Pagan Raccoon Dance” from the second episode is any indication. Nothing to take seriously. Enjoy.

Run of the mill “teen wants to get laid but ends up in a coma and awakens four years later to discover that his virginal girlfriend is now a Playboy centerfold” comedy. Man, how many of these are they going to make?

A Blu-Ray/Criterion release of one of the best movies ever made. Beautiful Catherine Deneuve stars as Carole, a woman slowly losing her mind as the very walls seem to crawl with specters real and imagined. But this movie is so much more disturbing than the visceral images themselves. Director Roman Polanski imbues each frame with menace and madness at some subconscious level that, frankly, will leave you afraid to turn off the lights. It’s as close to a cinematic masterpiece as you’re ever likely to see. Recommended.

A five-part miniseries from BBC’s “Dr. Who” spinoff, “Torchwood” has a real Nigel Kneale feel to it (high praise, indeed!) as all of the earth’s children stop dead in their tracks and stare, glassy-eyed, toward a single spot on the globe. Soon they start to chant in deep, spooky tones, “We are coming!” This sends the Torchwood team — minus now-deceased Tosh and Owen — with their immortal bi-sexual leader, Captain Jack Harness, racing to uncover the monstrous psychic power before it devours mankind’s soul. We liked it.

THE MIDDLEMAN: THE COMPLETE SERIES