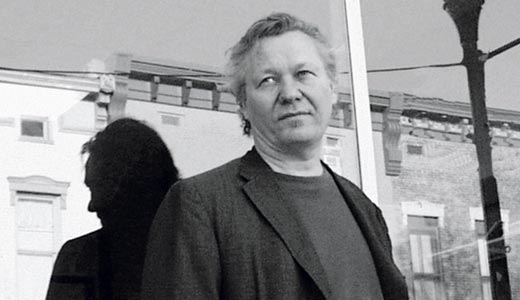 They sent Tim Krekel off in style Sunday afternoon.

After a small private service at James Lee Presbyterian Church, several hundred people — led by his son Jason, playing his dad’s guitar, and his widow Debora, suspenders holding up the seersucker suit he’d worn when they were married June 14 — marched down Frankfort Avenue, New Orleans jazz funeral-style, past Bob Collett Auto, across the bridge between Mellwood and Story to the Vernon Club for a jam session/memorial service in the room where Tim had played publicly for the last time, in late May.

It was a steamy, Louisville summer day, with gorgeous blue skies and a fortuitous breeze. It seemed half the marchers played an instrument. At the Vernon, Tommy Womack and Marshall Chapman sang sweet duets. Danny Flowers, who wrote the song “Tulsa Time,” fronted the Tim Krekel Orchestra, playing the parts Tim would’ve on Tim’s Guild hollow-body electric guitar. Jeff Hanna (Nitty Gritty Dirt Band) and his wife, Matraca Berg, got onstage. A singer named Bonnie Bishop nearly blew the back wall out. The Mad Tea Party — Jason Krekel and wife Ami Worthen — and friends did a raucous set that left one wondering why every band doesn’t include a tuba.

It all felt right.

Tim Krekel drove his sisters crazy banging on the drums before discovering guitar and learning to play it well enough to get hired by Jimmy Buffett. That’s the lead résumé item, but it obscures his true range. His solo career earned critical respect but never quite caught a wave, and so he happily returned to the town he loved in 1991 and became a fixture on the club circuit. He earned his living playing his own music, and created his own culture, the Krekkies, who followed him religiously, dancing every step of the way.

His songs were recorded by a long list of notables, and some became chart-toppers. Yet he was so unassuming that he once asked WFPK DJ Michael Young, at a radio convention, if he wouldn’t mind handing copies of his new CD to “World Cafe” host David Dye.

Most of Tim’s recordings are out of print, but Jason Krekel said efforts are under way to get them reissued. What casual fans will hear is a major leaguer at work. Krekel trafficked in melody and simplicity, with an aptitude for words. His voice was relaxed and expressive, his acoustic guitar delicate and clean, his electric work cutting and lean, though only one record, 2007’s Soul Season, captures his true rocking side. You had to be in a club to feel that.

Bill Maher interviewed Billy Bob Thornton recently, mostly about music, and they noted, as old farts do, that the list of important artists is dominated by people whose careers began before 1980. That’s not as much a criticism of newer music as a reflection of how things have changed in the “business.”

Tim Krekel belongs on that list of great artists. He is linked to the tradition where musicians entertained and got people moving. He took that Elvis thing and that Beatles thing and made his own thing. He mentored musicians, jammed with all comers, performed at countless benefit shows and was part of a large group who laid down a musical infrastructure here.

John Gage, the Louisville musician and preacher who presided at the private service, noted that Tim was, in the tradition of Thomas Merton, a contemplative man, and he added rightly that all of Tim’s songs were, in a sense, love songs. He left all of the words to live by that we need, something that’s both beautiful and haunting.

On the liner notes to his album Happy Town, Tim admonishes, “Love one another,” and that became a song title on Soul Season. Though it may sound trite, he was truly all about the love.

Talent, humility and soul are a rare combination. Tim Krekel had it. Louisville and the world are richer for it.

Donations to help cover medical costs and help his family can be made to the KREK Fund, c/o ear X-tacy Records, 1534 Bardstown Road, Louisville, KY 40205. Read a longer version of this piece online at leoweekly.com/music.