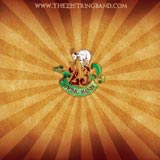 While The Avett Brothers are selling out theaters nationwide for high-dollar tickets, it would be pretty easy to catch The 23-String Band around the state for less money and just as much fun. Yes, these local boys employ a very similar approach — a thick concoction of bluegrass, Gram Parsons county, cowpunk (particularly on opener “Ramblin’ Around”) and what the band describes as “Original Hillbilly Music,” though the group seems to stay closer to the source material. Their eponymous debut album features mach-three pickin’, ornate fiddle and mandolin arrangements, upright bass and all the elements of traditional, authentic mountain music with a youthful twist. It doesn’t necessarily matter that The 23-String Band, on record, is not the most original alt-country exploration. The group unequivocally wears its excitement on its sleeve for all 10 tracks, and each song sounds like a blast to see live, which is all that counts in true bluegrass music.