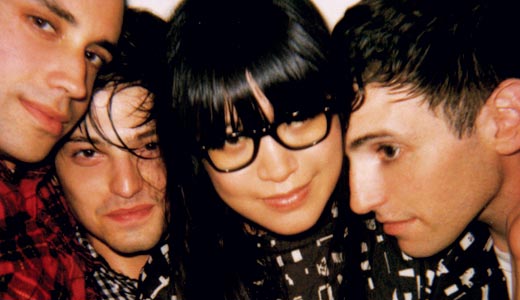 What the hell is “twee” supposed to mean, anyway?

With such genre nomenclature cluttering the airwaves and reference points, it’s hard to approach a band like New York City’s The Pains of Being Pure at Heart with anything other than a clouded lens. They’re not all smooth edges, though, as members Alex Naidus and Kip Berman attest. Fellas …

LEO: For a band that’s as successful as Pains has been, two of you still manage to hold down day jobs. How do you balance?
Alex: It’s about getting lucky, honestly. My bosses have been incredibly, incredibly understanding about touring schedules and life opportunities and such. Most other jobs, I’d have been kicked out the door already. Every single day I feel lucky that this is all hanging together.

LEO: You’re touring the West Coast with Girls. What’s goes into picking an opener?
Alex: I think for us, it’s pretty simple: Do we like them as people, and do we like their music? With Girls, it’s a total lovefest on all counts, so it was a no-brainer. And they are — to me, anyway — such an iconically West Coast band, it’s going to be an amazing experience going up the coast with those guys.

Kip: Yeah, Alex pretty much nailed it. I love how West Coast they are, and getting to tour with them out there is going to be so epic. I can’t wait!

LEO: Have you ever listened to books on tape?
Alex: I’ve tried, but I totally zone out. I’m much more of a visual reader, I guess. Although I keep meaning to find the audiobook of Henry Rollins’s tour stories for long van rides. One day.

LEO: Name one ’80s film you continue to watch repeatedly.
Alex: “Spaceballs.”
Kip: Well, my favorite is “Bill and Ted’s Excellent Adventure.” But as far as repeat viewing goes, probably “Heathers” or “Beetlejuice.”

LEO: Are your minds turned toward the next record now, seeing that your debut has done considerably well?
Alex: My mind is just focused on touring and having fun. This album still feels new to me, and it’s incredibly fun going out and playing shows all over the place.

Kip: I agree with Alex. We’re really focused on touring right now and getting to play places we’ve never gotten to before. That’s a super thrill, and I don’t want to lose sight of the awesomeness of right now.

LEO: Who is Art Boonparn and what role did he play in your two videos, “Everything With You” and “Young Adult Friction”?
Kip: Art Boonparn is first and foremost our friend. And lucky for us, he likes to shoot videos. We wanted to keep the feeling consistent for both videos, and he made sure that the footage of us standing around doing not that much never seemed too boring. That’s not easy to do.

HEAR MORE:
The Pains of Being Pure at Heart
www.thepainsofbeingpureatheart.com