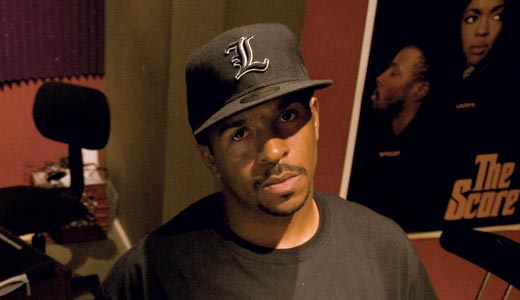 Creeze’s new album, ‘Louisville Lip,’ is due out this fall.photo by Spencer Jenkins

Muhammad Ali’s fists and trash talk were legendary, and as the city has grown to accept its favorite son, musicians have embraced the champ’s colorful monikers.

It’s this Technicolor swagger that Chickasaw product Creeze hopes to capture on his forthcoming album, Louisville Lip, due out this fall.

“You know back then, Ali was edgy, and at the same time, he was intelligent, too,” he said. “You’ve got that edgy side, educational side and also a party side.”

A producer and songwriter for Dodge This Productions, Creeze is old news in certain circles: As one-fourth of Merc Squad, he worked with Stat Quo, DJ Mick Boogie and Mike Jones, among others. While he’s putting the finishing touches on Lip, a new single, “All Good,” whose backdrop came courtesy of Cincinnati producer Sparkz, is for sale on iTunes and features hometown do-gooders Nappy Roots.

Studio creations are a dime a dozen in hip-hop, but Creeze brings an instrumental flair: He’s a trained trumpet and saxophone player. Midwestern oddball? Not necessarily.

“That’s the beauty of being in the Midwest,” he said. “You go out and listen to pretty much whatever.”