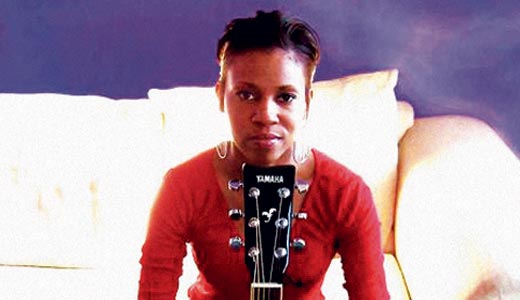 “So, Mr. Freeman, why exactly are you doing this?,” a teenage girl asks from the audience of what appears to be a high school gymnasium. The Mr. Freeman she is referring to in the film could be anyone, and her question could be about anything.

“I live here,” Mr. Freeman responds. “I think it is the stupidest thing I have ever heard of, that in this time, this period in our lives, you children are being brought up this way. It hurts me deeply.”

Mr. Freeman is not a principal or teacher — or some other authority figure one would expect to see addressing high school students. He is the Academy Award-winning actor Morgan Freeman. His voice is authoritative, commanding. In the documentary “Prom Night in Mississippi,” however, he is not narrating the plight of penguins or a war of worlds, but history in the making.

In 1997, Freeman offered to pay for the first racially integrated prom at the high school in his hometown of Charleston, Miss. His offer was denied. Last year, however, it finally came to pass — and what for many teenagers is a night that only they and their classmates will remember for the rest of their lives became an event that would change history.

The doc premieres on HBO Monday, July 20, at 9 p.m., and was directed by Paul Saltzman. The film will feature an original song by Louisville’s Teneia Sanders. The tune, “Stand,” plays over the end credits. Won’t you just stand for love, she sings. Stand for hope, and stand for joy, and stand for beauty.

“It’s going to hopefully get me on Oprah one day,” Sanders tells an audience on a live recording available on her MySpace page.

Sanders was born and raised in Jackson, Miss., and she was originally asked to record songs for the film “Return to Mississippi,” which later evolved into the current project. For “Prom Night,” she decided to pen an original composition. Sanders was not familiar with segregated proms, and this awareness inspired her song, which calls for people to look past race and stand for something other than ignorance.

“[It’s] kind of a song about how it really doesn’t matter what race you are, or how much money you have or what the differences are,” she says. “It just really talks about how people are ignorant when it comes to race and how it shouldn’t be such a big deal — how it should be more about the person than the race. It’s about bringing people together instead of pushing them apart.”

She became involved with the project through her high-school friend Thabi Moyo, who served as an associate producer on the film. Moyo believes that Sanders’s song takes responsibility for the overall message of the film, something she says is lacking in today’s music.

“A lot of times … musicians today miss that,” she says. “They don’t realize their responsibility and their power and their voice. I think she really hit the nail on the head with this.”

Moyo hopes the film will have a significant impact on viewers. “I hope the film can be a conversation starter, can be somewhat of a catalyst to progressing and getting past some of the racist feelings and prejudices we have,” she says. “It’s a total waste of time to focus on skin color when you don’t have to.”

On Friday, Sanders will host an event at the River Bend Winery that will feature the film as well as a performance by the social justice project S.H.E. and music by Sanders and her full band.