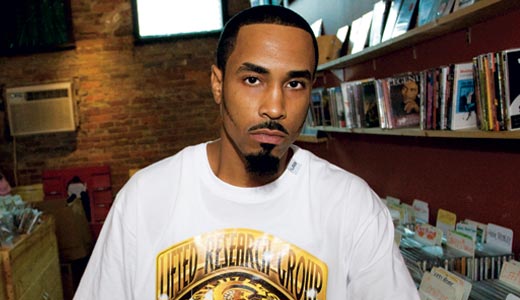 The mixtape phenomenon is hardly new. We all grew up making tapes off the radio, and we spent adolescence agonizing over the combination that would surely woo our crushes. This generation torture themselves with playlists, which don’t quite have the same level of drama for those of us who shoplifted our Maxell cassettes from SupeRX.

For hip-hop, mixtapes have different purposes. The late ’80s and ’90s brought us the DJ mixtape — to-the-minute snapshots of the hottest hour of what New York City radio played (and our own stations did not), led by DJs Clue, Doo-Wop and Mister Cee. The last decade has brought us the single-artist mixtape, a not-quite-an-album netherworld heretofore unseen.

To some this may seem like overkill. With hundreds of albums dropping every week, what’s the point of putting out even more? 50 Cent has six albums in 10 years, but that number rises to almost, well, 50 when you count his “official” mixtapes of original material.

His new album, Before I Self-Destruct, arrives this year, but last week, he released his second all-new mixtape of July and promises another in weeks.

Why? As he tells MTV, “Mixtape material is easy for me. It’s just putting the words to the scenario. If you have no production plan, that’s when it starts to get easy.” No label interference, no busybody executives telling you what demographic you need to write for. Just you and the music.

T. McAfee sees a multitude of reasons why more Louisville emcees are getting on the mixtape circuit. On the heels of his own mix, Courtesy of Self, he has recently begun work on his “proper” debut album.

“Mixtapes are the artist’s ‘director’s cut’ of their own music,” he says, “the version of an album that hasn’t been tampered with by A&R’s decisions of what should or shouldn’t go on an album.”

Cash is a motivator. “Money is one of the differential factors with mixtapes. [Mixtape] money goes straight into your pocket,” T. McAfee says. “With an album, you have to cut a percentage of your earnings to producers, managers and collaborators. You have to cut a check to whoever was involved with the project.”

So if you put out whatever you want, whenever, and keep all the money, who needs a record label? Apparently, even McAfee.

“It’s like having a bitchy, self-absorbent girlfriend you don’t want to get rid of,” he says. “You know you were better off before you met her but, for one reason or another, you compromise yourself to keep that person satisfied while you leave yourself under-stimulated. Despite the under-stimulation, you garner mass appeal.”