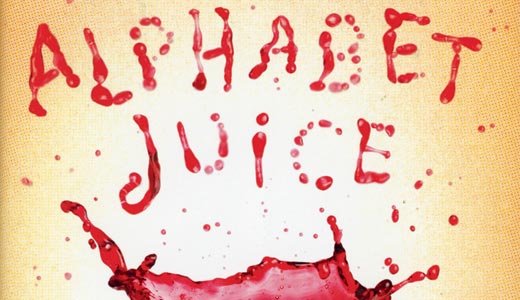 I was tempted to make the book’s long subtitle the whole review: “The energies, gists, and spirits of letters, words, and combinations thereof; their roots, bones, innards, piths, pips, and secret parts, tinctures, tonics and essences; with examples of their usage foul and savory.”

But if I did that, you might miss the author’s absolute delight in wordplay. Roy Blount Jr. is a man I would love to be seated next to on a long train ride. He’s the author of 21 books, has had two plays at Actors Theatre of Louisville, and performs in the writers’ band Rock Bottom Remainders with Stephen King.

“Alphabet Juice” is thoroughly researched and scholarly but far from dry (the foreword consists of a conversation with Ali G). Organized in alphabetic format, it is perfect for grabbing a few quick reads when time permits.

Blount is such a wordsmith that he gets into etymology, “the wheel-ruts of modern English,” and the cadence of words. The book is Strunk and White’s “Elements of Style” infused with the “Dictionary of the Vulgar Tongue,” “Dictionary of Smoky Mountain English” and Urbandictionary.com, all sources referenced throughout the book.

He writes such bons mots as, “I do hope you realize that every time you use ‘disinterested’ to mean ‘uninterested,’ an angel dies.”

I particularly like the entry for “mansuetude” (pronounced man-swi-tood). It’s a word a friend gave him as a gift, who “… brought me this specimen, with a smile on his face …” It means “gentleness of manner, mildness.” Blount then goes on for two and a half pages doing what he does best, dissecting the word and turning it inside out. We learn its history as an Old French/Middle English word, from the root word “man,” to its usage in Geoffrey Chaucer’s “Parson’s Tale” from “The Canterbury Tales.”

He’s a lover of the much-maligned word “ain’t.”

“Just as ‘y’all,’ as a plural of you, fills a gap in English, so does ‘ain’t’ as a contraction of ‘am not.’” It’s a stronger, feet-firmly-planted kind of word. Whenever it’s used, something is not going to happen, and that is precisely why he likes it.

There’s a laugh-out-loud comedy sketch under “common,” worthy of Abbott and Costello. I won’t spoil it for you, except to say it deals with a small child, a telephone and an urgent message.

“Nitpicking” covers a lot of territory, from monkeys to copy editors. He says the word “meme” (to imitate) is itself a meme, imitating a child’s first words, then ends the section with “See ‘Snakes on a Plane.’” He writes in “fart jokes” that, “Someday I hope to write a Western novel with a character in it named Silent Bud Dudley.”

Individual letters are not immune to his examination. He ponders whether “H” is really a letter, since it’s silent or dropped in most words. “N” is “a tang, a nip.” “S” turns out to be the favorite letter of monkeys.

Garrison Keillor, another acclaimed wordsmith, says, “Blount is the best. He can be literate, uncouth and soulful, all in one sentence.” That’s pretty much how he wrote “Alphabet Juice.”

Blount says in his acknowledgements that he always wanted to write a book like this. For lovers of lexicon, we’re glad he finally did.