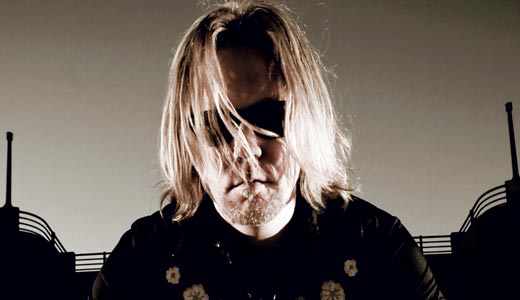 Devon Allman’s Honeytribe logs 300 dates a year. Stevie Ray’s will be one of them.clay lipsky

“The river isn’t quite as wide,” Devon Allman says by phone from Ithaca, N.Y., where he and his blues-rock cohorts in Honeytribe rocked Castaways, just off Cornell University’s campus.

“I’m just doing my part to keep this kind of music going.”

“This kind” is barroom Southern blues-rock, typified on Torch (Livewire), Honeytribe’s latest. As the son of Gregg Allman, Devon descends from royal blood but tends to downplay it, describing his group as another bunch of underground road warriors.

Devon formed Honeytribe in 1999, then broke up the band so he could spend time with his son. He wasn’t eager to repeat events from his own childhood: Devon lived in St. Louis with his mother and stepfather while Gregg battled alcohol and drug addiction. The two wouldn’t meet until Devon was 15.

In 2005, Honeytribe reformed and remained steadfast in their notions of success with a tough work ethic: They’ve played 300 dates a year since 2006, when Torch was released.

“Success to me is doing what you want to do,” Devon says. “I get to play guitar every night.”

A self-described spurt writer (“I won’t write anything for three or four months, then write four songs in a single day”), only in the last five years did Devon step forward to play lead guitar.
He mocks his own chops.

“I still kind of feel like I only have five licks.”