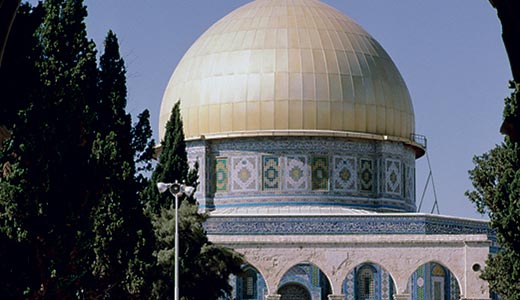 There are roughly 1.5 billion Muslims in the world … and growing quickly. This scares the sepulchres out of the world’s 1.9 billion Christians, many of whom view Islam as a small, murderous cult of wild-eyed suicide bombers. Oh, those children of Abraham! They never did play nice together. They should sit down and read the Qur’an together, or at least pop open some tall-boys and catch this great vid about the history and future of Islam. Whether you are being suppressed by bishops or ayatollahs, or choose to keep your women shuttered or barefoot and pregnant, you will surely learn something amazing.

We always get a kick out of people who think the Christian Bible is a history book, and many a devout 19th century archeologist had to rethink his Deuterocanonicals after digging all hell out of Canaan without finding a single bucket of foreskins. This doc follows the tortuous path of their modern descendants who try to rationally uncover what is fact and what is fancy from the Old Testament/Tanakh. Still a bit preachy in spots, but hey, we’re all still learning.

AT THE DEATH HOUSE DOOR

Carroll Pickett, a minister for the Huntsville, Texas, prison, spent a lot of time on Death Row talking to convicted murderers and rapists. That experience led him to conclude that inmate Carlos de Luna was innocent of his charges. Subsequent investigations proved him correct, but not before de Luna was executed. This is a doc of that experience, and the following years as Pickett led a futile fight to abolish the death penalty in Texas.

CONFESSIONS OF A SHOPAHOLIC

Isla Fisher stars in this silly, girlie-girl fantasy about how all your dreams will come true if you can only find the right shoes. With Hugh Dancy as her Ken-doll boss/romantic interest. The end of Western civilization as we know it … in a two-disc set!

Brendan Fraser has the most screen time, but the incomparable Helen Mirren is the glue that holds this fun, if not entirely original, kids flick together. She starts the imaginative “tell me a story” fantasy with the line, “I discovered the hole under my bed on my 13th birthday,” and from there, anything is possible. Fun.

George Lopez gives it his all as the widower who volunteers at the “Go Girls Jamboree” campout in order to connect with his daughter, but a weak script all but sinks his canoe. Luckily, sardonic mistress Jane Lynch is there to throw him a line. Fun, if only for tweens and under.

MY DINNER WITH ANDRE

Forget that this is an artsy-fartsy fave. Forget that this is directed by the immortal Louis Malle. Forget that it stars whiny nebbish Wallace Shawn. Just go and buy one of the most entertaining movies about nothing ever made. An actor and his playwright friend sit down at a nice restaurant to catch up after years apart. And the conversion between them is simply mesmerizing. Trust us, this new Criterion release is a must-own.

MY DINNER WITH JIMI

We once saw Flo and Eddie — aka The Turtles (“Happy Together”)  — open for Alice Cooper in Louisville during the ’70s. They were in-fucking-credible! So of course we loved this dramatization of the life and adventures of founding member Howard Kaylan as he rides the drug-fueled musical tides of the ’60s with friends the Beatles, Jim Morrison, Frank Zappa, Brian Jones and many others. The climax is a surreal meal with Jimi Hendrix during the Summer of Love. Man, we are so there.

ORIGIN: SPIRITS OF THE PAST

A new Blu-Ray special edition of one of our anime faves, a tale of environmental breakdown in which the forest, itself, takes up arms against humanity, and the two young people who are earth’s only hope for survival.

An unusual but very satisfying time capsule of music, news, culture and images from a single year in history. Fourteen discs available, from 1948 to 1967, each a mailable card+gift for birthdays, reunions, whatever. Pretty cool.

Brandon Routh (the new “Superman”) gets dumped by his girlfriend — while proposing! — so he invites Jesse Bradford (“Swimfan”) and Sophia Bush (“One Tree Hill”) to share his empty apartment. Bad move, dude! They immediately become possessive of their new friend and don’t take it well when he hooks up with Jennifer Morrison (that skinny medi-morsel from “House”). A very adult — and very funny — comedy/romance that’s worth your time.

Steve Martin returns to mug at the camera and pretend he’s still funny in the second of this lame, unnecessary franchise that makes you realize just what a genius Peter Sellers was. With Jean Reno, Emily Mortimer, Jeremy Irons, Andy Garcia, John Cleese, Alfred Molina and Molly Sims. They don’t help.

Now THESE are cartoons! Hyperactive animation genius Chuck Jones was responsible for just 34 of the seeming-thousands of Tom & Jerry’s — at one time the world’s most-watched and most-popular animated team — but those 34 are perfect gems. Each a PhD in pantomime storytelling with The Master’s trademark action and unpredictability; includes a great doc on Jones and his legacy.

Man, this is disturbing. A personal diary of the 1982 invasion of Lebanon by director Ari Folman, who barely escaped with his life. And it’s animated. A profound and haunting use of the medium.

THE GIRLS NEXT DOOR: SEASON 5