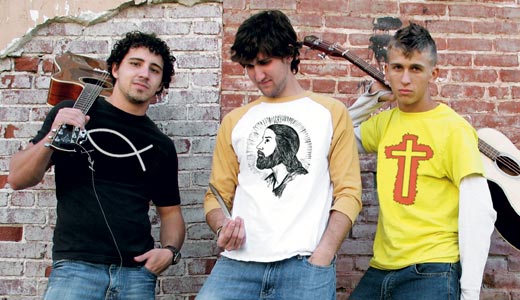 “You’ve got to get to their level, and that means forgoing some of what our tradition is rooted in, like abstinence and other certain elements of exclusivity,” says Wesley Shackleford, an associate deacon with the three-year-old church. “We’re a game-changer in that regard.”

Among the new service elements congregants can expect is a focus on loud, raucous rock music during services, which “gets Jesus to people on a more visceral level” than the staid stylings of a last-era pastor watching people drift through stages of consciousness as he recites familiar Bible passages, Shackleford says.

“We’re looking for people to get a more direct line to God, and maybe that means plugging in, so to speak,” he says.

While church leaders say they will not go so far as to allow women to ascend non-essential roles during services or accept pre-conversion gays and lesbians, they are taking a new approach to sex, preaching a “safety-first” policy rather than the traditional abstinence-until-marriage approach, which some experts believe has given new generations of Baptists pause.

“I can love sex and God at the same time,” says Matthew Mulls, a 29-year-old unmarried congregant. “Well, maybe not simultaneously, but you get my drift.”