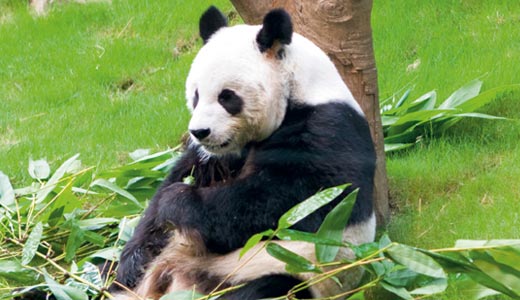 The Louisville Zoo has reported that its star panda, Xing Hua, is contemplating having an abortion after “giving it a lot of thought and intense soul-searching,” a press release said.

“We’re here to support Xing Hua,” Wendy Kellerman, Xing Hua’s handler and confidant, said at a recent news conference, “not to judge her. What she needs now more than anything is the love and affection that she was never shown as a cub growing up in the harsh jungles of China.”

Despite the species’ near extinction, Kellerman attested to Xing Hua’s financial inability to support a family and the wayward nature of the fetal cub’s father as reason enough to believe that, should Xing Hua come to full term, “then the child would be entering a world in which its vapid cuteness would not be fully appreciated.”

Critics attest that Xing Hua is nothing more than a pawn in a grotesque display of liberal politicking gone awry.

“This is a cute, cuddly and fuzzy little life we’re talking about,” said Davis MacMahon, a pastor at the nearby Church of the Holy Sepulcher. “Not some human crack baby that no sane person would even bat an eyelash at. Once this cub is born, it will be so ridiculously adorable that to kill it would be a sin in the eyes of God and lonely middle-aged women everywhere.”

Xing Hua’s attorney, Michael Preston of Barnstable and Muck LLC, attested that “this is a case with a lot of gray area, a lot of ins and outs. It’s not black and white — even though Xing Hua is, because she’s a panda bear. I need some blow, excuse me.”