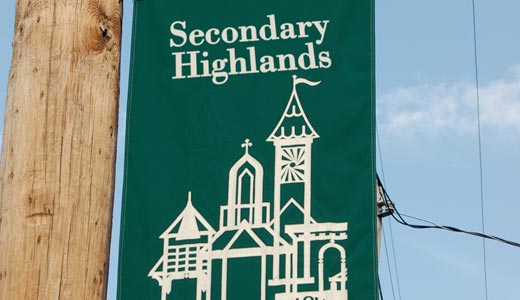 The Original Highlands is actually a cheap imitation of an older, higher place, possibly the Scottish Highlands or Haight-Ashbury.

The stunning discovery was announced at a press conference by Tom Bowen, a local narcissist. Bowen’s research, which appears in the July issue of the journal Gentrifried!, further shows that the historic, trendy Louisville neighborhood is neither historic nor trendy.

“What was thought to be architecture of the Late Victorian period was actually built in the 1970s,” Bowen said. “It’s like Norton Commons with shag carpeting and wood paneling, minus the three-car garages.”

The news came as a shock to local homeowner Boisfeuillet Crowninshield Babcock IV. “I can’t believe I installed double dentil molding and original brass light fixtures in a home built in 1973 — how tacky,” he said.

Other residents were more sanguine about the news. Cecil Pickle, who operates a methamphetamine laboratory in the neighborhood, said, “Now, do what now, brah?”