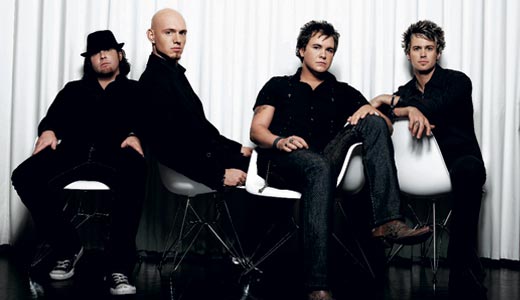 Nine years in the trenches are starting to pay off for The Eli Young Band. The group’s major-label breakthrough, Jet Black & Jealous, earned them a Country Music Awards nomination, an opening slot for megawatt star Alan Jackson and Jason Aldean, and …
Dave Matthews Band?

EYB’s Jon Jones doesn’t harp on the word crossover, so pairing them with Dave Matthews, a festival staple that regularly draws tens of thousands, is not a mismatch.

“It’s definitely two different country audiences,” Jones says. “He’s really hard to pigeonhole. He toured with Willie Nelson, The Black Crowes, and he dug our music and wanted us on there. Anymore, music fans are music fans.”

Late-night talk shows, not widely known for regularly booking pop-country stars, have noticed: The band has appeared on “Jimmy Kimmel” and “The Tonight Show” in just over a month.

“Always the Love Songs,” the current single off Jealous, is now in the top 20 on Billboard’s Hot Country Singles chart, while their video for the song is in heavy rotation on Country Music Television. And anyone who gets more votes than a Miley Cyrus video deserves more than an honorable mention.

Jones says the group’s country roots are deep. “We’re definitely a country band, and love and embrace that format.”

Beginning with humble club dates in Texas, Eli Young Band found early recognition from CMT, but it was a performance on “Nashville Star” with Miranda Lambert that boosted their career. Lambert invited her manager Frank Lidell, who co-produced Lambert’s Crazy Ex-Girlfriend, to one of her shows where Eli Young was opening, advising him to “get there a little bit early.”

Lidell struck up a relationship with them, and ended up producing Jealous. The hard work is just beginning. “The thing about this point in our career is we have to do everything at once,” Jones says. “We have to try to visit as many radio stations as we can. You’re competing with all these household names.”