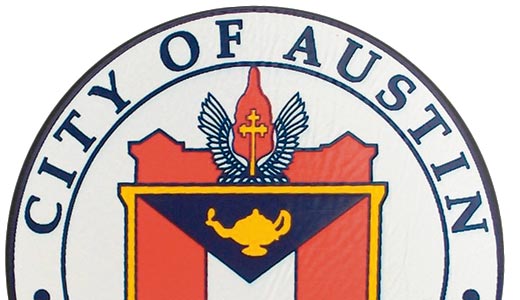 Sitting in the office of Dr. Otto Venkman in the boiler room of City Hall, two things become readily apparent: (1) The man is extremely eccentric, or (2) he might possibly suffer from acute heat stroke. It’s sweltering down here, but Venkman doesn’t seem to mind.

Chiefly, there’s the matter of his desk, covered in a veritable galaxy of novelty items[1]; picture frames with pre-packaged photos still in them; and the desk itself, fashioned from a hunk of whalebone that Venkman assures me is “100 percent organic.”

Were it not for his official employment at the mayor’s office and well-manicured muttonchops, it would be easy to dismiss the quadruple Ph.D.-carrying, Harvard-educated doctor as just another bum squatting in a city administration building. But Venkman not only has a desk plaque (“Weird Czar” in bold Helvetica), he also has a mission.

Venkman’s hiring is a direct result of the Metro’s first annual Cultural Understanding and Nuance Testing, which surveyed over 3,000 applicable 18-35 year-olds working in creative, knowledge-based careers and/or really cool dead-end jobs and asked them questions about obscure noise bands, inane pop trivia and different thigh-calibrations of Levis. Much to Mayor Jerry Abramson’s chagrin, the study revealed that Louisville’s residents scored, on average, only 67 percent in the Austinness category, and a pitiful 4.8 out of 10 on the Portland scale.

“When those numbers came out, we were just like, OMG,” says Chris Poynter, spokesperson for the mayor’s office, via mobile tweet updates. “Mayor Abramson has always been committed to keeping Louisville young and weird and hip, and we’ll be damned if we let our innate, quasi-Southern characteristics prevent us from marketing our city to ever-larger corporations and the young, weird, hip people who work for them.”

Adds Poynter: “We keep getting pwned by these other places when we’re the ones who should be doing the pwning. Something had to be done.”

Charged with the task of elevating Louisville’s coolness levels above that of neighboring Richmond, Va., and Charlotte, N.C., Venkman set up shop in the boiler room and set to work identifying four key areas in which the River City is lagging far behind its peers in terms of both Austiness and overall weirdness, as well as what it might do to get there.

“First, everybody has got to lose at least 50 pounds,” says Venkman. “You can’t really be cool and fat, can you?[2] I know this is the South, KFC is kind of a big deal here, sure, but how can you look cool if you need a motorized cart every time you shop at Walmart?”

Speaking of Walmart, Venkman is highly critical of Louisville’s addiction to mega malls, mega churches, mega cars, and anything else large enough to not have the appearance of being locally crafted by a tribe of hedonistic hemp-weavers.

“Nobody in Austin is allowed to shop at any retail outlet listed in the Fortune 500,” says Venkman, “under penalty of white guilt. In fact, they’ve legislation on the docket to make it illegal to even so much as look at a Walmart or you’ll get fined or Tasered or something.”

The master plan — whose funding was raised entirely by recycled water bottles and ironic T-shirt sales — calls for a variety of public works projects and infrastructure improvements that, when working in tandem, will reshape the face of the city toward a more verdant and — it is hoped — infinitely cooler future.

Looking at some schematics haphazardly sticky-tacked to a cinderblock wall, I can make out what appears to be a cylindrical phone booth.

“It’s my own design,” says Venkman proudly. “I call it the ‘clothes tousler.’ It’s designed to automatically tousle the clothes and hair of any individual who feels that their clothes and hair are simply too kempt for basic socializing purposes.”

Although MSD declined to officially comment for this story, some of Venkman’s other designs involve retrofitting a small fleet of dump trucks with speakers that would play nothing but indie rock during service hours — a controversial move, depending on whom you ask.

“I don’t even know what in hell a ‘Death Cab’ is,” says garbage technician Jamie Wyatt. “But if it means more jobs, I’m all for it, I suppose.”

Although a huge goth/indie fan herself, St. Matthews resident and former 3rd District Rep. Anne Northup decried the move via a Facebook message, calling it “just another example of how our taxpayer dollars are being wasted on really cool shit!!!”

Yet perhaps the most vexing and transformative of all Venkman’s designs is none other than an entirely new neighborhood, dubbed “Little Austin,” to be constructed “somewhere in the West End.

“We still haven’t picked a location,” tweets Poynter, “but it’s not like it’ll really matter, know what I’m saying?”

The planned 100-acre borough will supplant the area’s historically impoverished and dilapidated homes with new, eco-friendly ones designed to have the look and feel of true impoverishment and dilapidation. Construction is expected to start next summer, giving area residents plenty of time to whine and be ignored.

“One of the things I’ve realized, in all of my studies, is that people, especially younger, hipper and trust-funded kids, like to live in squalor,” he says, shrugging his shoulders. “It’s part-and-parcel of the creative class economy you guys hired me to build. All we’re simply doing is playing the part of gentrifier, even importing new dirt straight from Austin, and kicking everybody out in one fell swoop. Simple.”

Regardless of whether Venkman’s plan will work, I ask him why it is important for the city to compare itself with others in its search for an identity.

He stares at me for a few seconds, then says, “This desk is made of 100 percent pure whalebone, and it’s mine. I’m too cool to answer any more of your little questions. I’m out.”

And, just like that, Venkman leaves me alone in the boiler room, where the temperature only gets hotter the farther from cool you get.

[2]) I managed to point out that there are plenty of cool fat people (i.e. Biz Markie, Zach Galifianakis, Fat Albert, etc.). Dr. Venkman responded to by holding his breath until I was finished speaking.