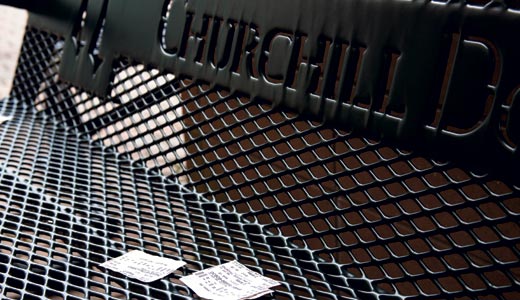 Fair Grounds Race Course in New Orleans still was reeling from Hurricane Katrina in 2007, and officials there were looking for a way to up their revenue stream. The solution: When the four-month meet opened that November, the track added video gaming machines that allowed patrons to gamble between races on slots and other games of chance.

Now, that quick fix has grown into a multi-million dollar investment.

“Extended gaming is another way to generate money for purses,” Fair Grounds president Austin Miller says. “Our No. 1 goal is to upgrade our product. We’ve been able to do that and invest in the neighborhood. It’s good, quality fun; it provides jobs; and it makes us more marketable. It has been completely positive.”

Sounds good, right? But not everyone is convinced slots are the best way to fix Kentucky’s flailing racetracks.

Here in the Bluegrass, lawmakers are considering a controversial proposal to allow video lottery terminals — aka slots — at racetracks across the state, a move advocates say would give a much-needed boost to a struggling signature industry. Lawmakers are in Frankfort for a special legislative session called by the governor and could vote on the slots proposal as early as Wednesday.

Though not ravaged by a devastating natural disaster like the racetrack in New Orleans, Churchill Downs and other Kentucky courses are scraping by as top trainers and jockeys go elsewhere in search of higher purses. Making matters worse, much of the state’s gambling clientele is foregoing horse racing altogether in favor of casinos in nearby Indiana and Illinois.

As a result of lagging revenue, smaller purses and diminishing fields, Churchill Downs recently eliminated racing on Wednesdays. In contrast, the slots-driven Fair Grounds — which also is owned by Churchill Downs Inc. — has managed to increase purses considerably while providing a more appealing training ground for some of the industry’s biggest stables.

“Fair Grounds is thinking of adding a racing day. That shows how much success they are having,” says Kevin Flanery, senior vice president of communications at Churchill Downs Inc., adding that he expects the same thing would happen in Louisville if legislators approve slots. “It is a great parallel example. It’s more than a racetrack. It’s a fun venue that’s important to the community. Extended gaming will bring more people out and expose more people to the facility. In addition, a great deal of jobs will be created and money will be spent in the community.”

Despite the proven success of slots in other states, however, staunch opposition remains in Kentucky. While several conservative Christian groups have voiced their moral opposition to gambling, one such organization — The Family Foundation of Kentucky — has devised a more politically savvy argument, claiming that only voters have the right to extend gaming through a ballot initiative.

On Monday, however, Kentucky Attorney General Jack Conway shot down that argument, issuing a legal opinion that says the state has the right to operate slots at racetracks under the Kentucky Lottery Corp. without voters approving a constitutional amendment. In response, officials with the Family Foundation suggested the legal opinion from Conway — a Democrat — was politically motivated.

In recent weeks, the Family Foundation has questioned both the legality of the legislation and the effect of extended gaming on the economy, threatening to sue the state if slots are approved.

“In the short-haul it works,” says Kent Ostrander, the foundation’s executive director. “But in 10, 20, or 30 years, you cut away what doesn’t work. People will look out and say, ‘What’s that big dirt oval out there? Why not just cut it out and make a casino?’”

Additionally, Ostrander admits he is concerned about slot machines harming the community, though he is careful to assert that the Family Foundation’s opposition is not morality-based.

“Slots are terrifically addictive,” Ostrander warns. “Horse racing is the ‘sport of kings.’ It’s an athletic event, and it keeps gambling to a healthy minimum. There’s a limiting mechanism, because races are spaced 30 or 45 minutes apart.”

Though there is the potential of enabling problem gamblers, proponents of slots at racetracks say the benefits far outweigh the risks.

“We recognize that people have addictions, but 99 percent of them don’t have a problem,” says Patrick Neely, executive director of the nonprofit Kentucky Equine Education Project. “There is no real disadvantage to extended gaming that we’ve seen.”

If slots are approved at racetracks, Neely believes Kentucky would once again regain its position as the country’s premier horse racing destination. As is stands, he says, “Kentucky is unable to compete … Horses are leaving the state; breeding stock is leaving the state; we are at a competitive disadvantage.”

“I look forward to working with Gov. Beshear on this very important legislation that will save our horse industry,” says Stumbo. “The evidence is indisputable that the industry — and the $4 billion it provides the state — is in trouble. To me, it is also indisputable that adding video lottery terminals is the only viable way we can help our tracks compete with tracks in most other racing states.”

Not surprisingly, the governor’s support for expanded gambling at racetracks has outraged the Family Foundation, which claims Beshear is directly contradicting his campaign promises. In a letter to the editor published in the June 8 edition of The Courier-Journal, Martin Cothran, a policy analyst for the group, lifted a quote from Beshear’s campaign website that says: “It is time to put this question on the ballot and let the people of Kentucky decide. As governor of this state, I will make sure that the people have an opportunity to make that choice.”

OK, so it appears Beshear has in fact changed course when it comes to letting the people decide. But according to those who view slots as a means to saving a dying industry, the politics are irrelevant and it’s time to take action.

“People of Kentucky will benefit … It protects a significant industry,” says Flanery. The Churchill Downs Inc. senior vice president adds, “The reality is we have the haves and the have-nots. It’s a two-tiered system and Churchill Downs should be as near to the top as possible. Right now, we have limited options, and this is just another entertainment option. It’s a business providing fun — no different from any other entertainment options.”