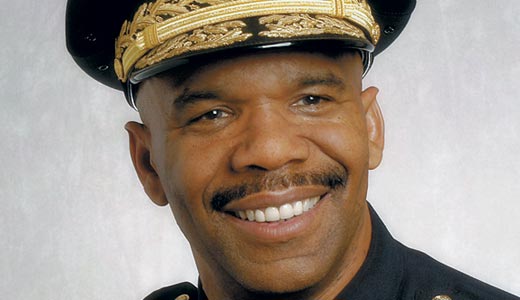 The votes are in and the people have spoken — Metro Police Chief Robert White is the most ironic person in Louisville.

After hearing the news, Chief White held a press conference outside police headquarters, rejecting the title of most ironic person and announcing plans to legally change his last name.

“I am sick and tired of the snickering and the jokes and the ridicule going on behind my back,” the chief proclaimed to a handful of reporters (all of whom were snickering as they jotted down notes). “Just this morning, I overheard a subordinate officer refer to me as ‘Whitey’ as I left the room. But I’m not white! This mocking is hurtful and it will not continue.”

Although White says he considered changing his surname to Black, he felt that was too obvious and could potentially result in more jokes at his expense, like jabs about “black-on-black crime fighting.” After thoughtful consideration, the chief ultimately decided on the last name of Gray because, as he explains it, “That’s what you get when you mix black and white,and because there’s nothing even remotely funny about the color gray.”