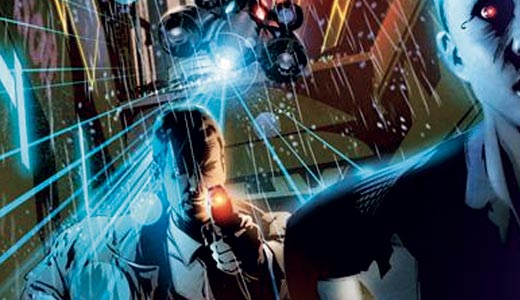 Recent times have been good to Philip K. Dick. He has received more recognition and, somewhat as a result, been legitimized. That is not to say some in his time did not find him to be as intellectually engaging as he intended to be. But he was ghettoized in pulp sci-fi, not the mainstream he sought, because the ghetto sold well. The form also allowed him to ask mind-bending questions like “how stable is reality?” or “what is our definition of human?”

Recently we have seen two volumes of Dick’s novels by the Library of America (nice, legit and literary-looking, bible pages and a little ribbon bookmark), as well as a film treatment of “A Scanner Darkly” that did great justice to the book (the only one that he did not write on speed, although he claimed after so many years of doing so, the simple act of writing caused him to feel as if he was on it).

So why, when Boom! Studios decided to release a Dick book as a graphic novel, did they choose one of his lesser novels? “Do Androids Dream of Electric Sheep” is nowhere near his best. This is known. “Androids” receives attention because of Ridley Scott’s great work based on it. The book is nowhere near as good as the movie, its plot focused on a society in which animals are almost extinct and have become status symbols. One poor “blade runner” (a term invented for the movie), Rick Deckard, is trying to make enough money to purchase a real one to replace his machine sheep, and he has to retire six androids in one day to do it.

So why, when giving attention to such an underappreciated author, would Boom! decide to just bank on an extant phenomenon, based on a movie that is based on this book, instead of translating one of his greater works into the graphic form to draw more readers into Dick as a legitimate author? Shouldn’t those working in a genre just so recently legitimized by leaders such as Alan Moore want to bolster their brethren? What about novels such as “The Three Stigmata of Palmer Eldritch” (which John Lennon almost financed a movie of), or “Dr Bloodmoney,” a serious treatment of a post-apocalyptic world filled with interesting and original characters, such as a hypochondriac trapped in a satellite launched just before the disaster who broadcasts back to earth from space, and a little girl whose twin brother lies half-formed inside her, communicating with her telepathically and becoming an important character? (Dick had major twin issues. His twin sister died during birth.)

This is the kind of originality between the lines of the man’s pulp reputation.

Now the good news: This is to be a complete translation. We have the full text here, unabridged and illustrated. It utilizes the man’s prose, as well as ensuring some real Dickian inventions such as the empathy box (essential to the story) that were left out of the movie.

And as for drawing readers into more obscure Dick, Marvel Studios is picking up the tab, offering a graphic translation of one of Dick’s best short stories, “The Electric Ant,” in which a man discovers he is a robot who can open himself up and play with his circuits to change the world around him. I’m happy Marvel went through the trouble to find this gem, but why is it that all the attention seems to go to his android/robot focused works? Reality benders like “Three Stigmata” are among his best, and still have yet to be treated.

Let’s hope Dick’s prose and original story shine through the “Blade Runner” rehash so he isn’t pushed even further to the side before the general public gets great stories like “The Electric Ant” in their hands. Then maybe, just maybe, they will find his original books and start in on them — and help the man jump his ghetto long after his time.

The first issue in the series is set for release this month and can be ordered from www.boom-studios.net, or found in local comic shops like Great Escape.