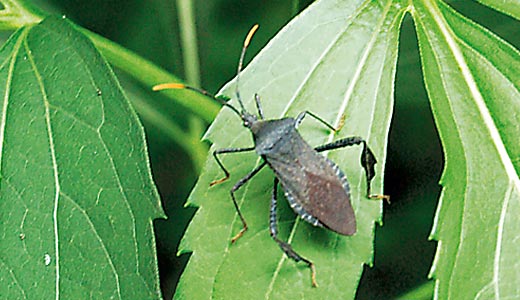 In an ongoing exhibition, The Earth Gallery is featuring “Nature” by Louisville artist God. According to the press release, God completed the several billion pieces in about a week — six days of non-stop creation and one for a much-needed rest. While the installation overall is breathtaking, it is not without flaws. I spent a Saturday afternoon in the Cherokee Park section of Gallery Earth viewing the many sculptures and paintings of “Nature.”

“The Weed,” hands down the most intricate piece in the exhibit, was a highlight. The pointy edges of the sculpture’s leaves made for a dramatic aesthetic. One single stem sprouted from the top, forming a cotton-ball-like flower that disintegrates in the wind. Functional art at its best. Perhaps the artist was trying to convey that out of sharp, jagged forms, beauty burgeons.

Unfortunately, the same attention to detail did not carry over to “Pretty Flowers,” a sculptural arrangement that featured too many contrasting colors in one place. The piece was a dizzying mess of bright reds and whites and appeared to have no function at all other than aesthetic, which is overrated in today’s art world.

The color contrast in the painting “Clouds,” however, worked well between its rich blues and the bright white, abstract shapes. This piece was clearly modeled in the Impressionistic style — in fact, on its own, the piece could be mistaken for a Monet. The press release states that “Clouds” was made on the second day of God’s creation binge; this could explain the attention to detail — I even glimpsed the shape of a bunny rabbit in one of the white formations.

“The Tree” sculpture towered a few dozen feet and was mesmerizing in its size alone. However, a closer look turned up a few mistakes common in the work of amateurs or artists in a rush to create. There were far too many limbs, and the brush strokes on the bark were sloppy and out of control. In fact, layers of the painting where actually falling off during the exhibit. I talked to God about this at the artist’s reception, and she explained that many of her sculptures go through cycles. Cold weather makes her antsy, she said, so every October or so she scrapes off “The Tree” and starts from scratch. (The Gallery’s janitor told me he’s not amused when this happens.)

I didn’t have an immediate reaction when viewing God’s “A Rock” — it appeared to be a dull representation of a brick knock-off. The sculpture was lacking the creativity and symmetry desperately needed in stand-alone statues like these.

Perhaps the most disturbing piece in “Nature” was the “Scary Bug on a Plant” three-dimensional display. A grotesque blob of gray matter with legs was situated on a green-leaf background. I think “Nature” would benefit from not having these gray-matter entities in the exhibit, as they distracted from the beauty and aesthetics of the overall show.

“I can accomplish a lot in a small amount of time,” God said in the artist’s statement. “Of course I waited until the last day to create ‘Eyes,’ so you could view my exhibition. I struggled with ‘Free Will,’ but figured I can’t please everyone.”

When I asked God about the “Mosquito” piece, she replied with a chuckle, “Oh shit. It really has no place in this exhibit. I probably should have left it out, but there’s just something so cute about a blood-sucking annoyance. Did I also tell you I invented ‘Irony’?”