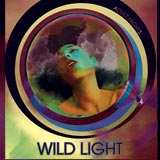 Wild Light are a band that you probably haven’t heard before — and might never hear again — but they have made an album that is impossible to ignore with Adult Nights. Using earnest lyrics and an un-ironic harmonica, “California on My Mind” leaves you dangling, thirsty for more. “Future Towns” is a spectacular mid-tempo metaphor for everyone’s inevitable collision with a long deferred sense of maturity, while “My Father Was a Horse” is a quirky but endearing ode to a father’s silent sacrifice. The uninhibited prowess of their arrangements is vaguely reminiscent of Arcade Fire (a band to whom Wild Light’s frontman Jordan Alexander once belonged). However, Adult Nights is much more dynamic and far less meandering than Arcade Fire’s past few disjointed efforts