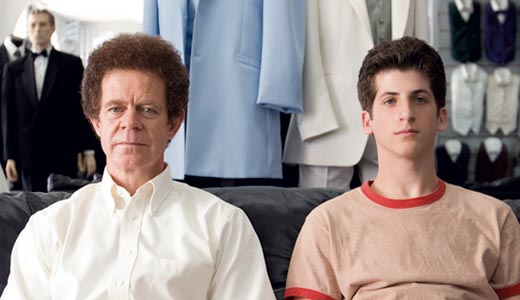 You’re yawning. I can see it.

The Flyover Film Festival exists for the first time this weekend in Louisville. Flyover is also movie industry parlance that refers to states and markets between the two coasts. They’re the places blockbuster films are last to arrive.

But a funny thing has happened on the way through a recession.

We hinted at this last year, and we’ll say it again: More than ever, film is flourishing in Louisville, despite creative projects becoming more difficult to finance as consumer spending shrinks.

Permits are cheap and talent is plentiful. Actors, directors, cinematographers who have relocated from here to, say, Hollywood, haven’t forgotten their roots, continuing their quests to reach wider audiences like Cannes, Sundance, et al. Those who have stayed are digging deep to shoot groundbreaking work, all while a state budget shortfall keeps the prospect of a robust, rooted industry at arm’s length.

‘Until The Light Takes Us’

Norwegian black metal hits its scenic boiling point in this documentary. Through a series of in-depth interviews, producers Aaron Aites and Audrey Ewell chronicle the genre’s metamorphosis — and arguable devolution — from a lifestyle replete with hardcore fans and stylistic individuality into worldwide pariah.

Imprisoned former Burzum singer Varg Vikernes is chilling in discussing his choice to burn churches, which in turn bred a series of copycat crimes that branded black metal Norway as Satan worshippers in the music press. Vikernes’s killing of Mayhem singer Øystein “Euronymous” Aarseth in 1993 didn’t do much to dispel the stigma and ended up overshadowing the successes of Gylve “Fenriz” Nagell. Nagell, drummer and lyricist of the two-piece band Darkthrone, put out the first Norwegian black metal record and is held in high regard by black metal fans as the scene’s most credible documentarian.

As you might expect, icy Scandinavian geography as the backdrop meshes perfectly with, and probably is a factor in the creation of, this misunderstood but charismatic art form.

Vikernes comes off as the genre’s most devoted disciple, even though he tainted it forever, while Nagell remains a casual businessman not only documenting his creative indulgences, but also working to erase stereotypes one record at a time.

The road might be just as tough now, though. A feature in the works, starring Jackson Rathbone (“Twilight”) as Vikernes, is bound to make true believers like Nagell nervous. —MH

“We are not built for driving in cars all the time.” —Werner Herzog

Upon learning of his friend’s terminal illness in 1974, filmmaker Werner Herzog decided to walk from Munich, Germany, to Paris to see her. Herzog, who said that to walk is the only true way to understand the vastness and beauty of the world, believed traveling to her on foot would keep her alive longer. He documented his journey — which was as much about finding himself as her — in the book “Of Walking In Ice.”

“Walking to Werner,” by Linas Phillips, does homage by documenting the filmmaker’s 1,200-mile trek from Seattle to Herzog’s home in Los Angeles. Phillips’s initial intent is to meet Herzog, whose voice is cut from interviews and pasted as a sort of soundtrack to the film. But when he finally makes contact with his hero, once he’s started walking, Phillips learns Herzog will not be able to meet him.

Deterred only momentarily, Phillips continues south, and the film becomes a document of his spiritual quest to find meaning in the people and places he sees. He meets people of every sort — drunks and loons, drug addicts and do-gooders, a family that takes him in for a night and a man who threatens him. But it is ultimately Herzog, in an e-mail, who convinces Phillips that ending his film tidily, with the coveted Herzog interview, would only deter from its intent: to show a man achieving his dream.

The film is like a cover song. Much of Herzog’s work focuses not simply on ambulation but what moving oneself without a machine’s assistance says about human drive and spirit. Like pulling a steam-engine ship over a mountain in “Fitzcarraldo,” Phillips’s triumph in “Walking to Werner” reads like the master’s work. —Stephen George

Sam is a 34-year-old whose pipe dream to “make it” as a rocker earns him the boot from his live-in girlfriend and forces him to crash with his aunt Sharon (Melissa Leo, “Homicide: Life On The Street”).

But when her ex bails on camping with their son, Oliver (Bret Loehr), Sam steps in and takes on characteristics of an authority figure. Not necessarily an adult, mind you — he totes child-like vitriol like he carries his guitar. Mark Duplass, who starred in “Hump Day” and is known for being a leader in the mumblecore movement (whatever that means), is just introspective enough to keep you rooting for him, while Oliver and Jake Carr Thompson are as bratty and shit-talking as you’d expect from two kids who spend nights looking up titty films on their computer.

This flick is all about how growing older doesn’t make you grown up. —MH

The fight to save the South Central Farm in Los Angeles brought together farmers, activists, attorneys, developers, local government, celebrities and a camera crew. “The Garden” is a compelling, insightful documentary about the relationships between people and their food that raises important questions about the ultimate power of local governance.

As a peace offering to those scorned after the three-day Rodney King riots in the spring of 1992 tore Los Angeles in two (and cost upward of $1 billion), the city offered a 14-acre parcel of land to a group of citizens looking to start a community garden.

The South Central Farm became a place where farmers and gardeners had free access to decent land. It raised the positive profile of South Central, while at the same time providing healthy, local food to the surrounding neighborhoods. Out of the deal the city found a group willing to clean up a post-industrial site also ravaged by riots.

But the film is focused more on the land than its people. Claimed by the city under eminent domain in the 1980s, the plot changed hands again in 2004, after the L.A. city council decided to sell it back to Ralph Horowitz, the original owner, for the same price — $5 million — it had paid to claim it before. Horowitz decided to build a warehouse and soccer field there, and asked the city to evict the farmers. The film also floats the theory that some local officials were involved in a conspiracy to that end.

The ensuing two years saw a cause célèbre atypical of most hyper-local issue campaigns, ending in a land-grab that reduced the nation’s largest community garden to a swathe of dirt. —SG

‘Bart Got a Room’

Camile pines to be the one, but Kaplan’s eyes wander, as do those of his dad, Ernie (William H. Macy), exceeding his son’s pervy attitude tenfold. Mom (Cheryl Hines) is in a kinda-stable liaison with a well-off yet smarmy boyfriend, Bob (Jon Polito “Flags of Our Fathers,” “American Gangster”).

Kaplan’s geeked-out portrayal brings the funny, and Macy’s comedic chops are always welcome. Shawkat kills though, as you’d expect from an “Arrested Development” alum, especially considering “Sit Down Shut Up” falls short of what Will Arnett and Jason Bateman are so righteously capable of.

Director Brian Hecker keeps the pace fast and loose, marshalling his haphazard characters through a dynamic script with a balanced mix of morality, playful sexual deviance and entertainment. —MH

Three years in the making, this cinéma-vérité feature from acclaimed filmmaker Joe Berlinger (“Metallica: Some Kind of Monster,” “Brother’s Keeper”) is the epic story of one of the largest and most controversial legal cases on the planet. An inside look at the infamous $27 billion “Amazon Chernobyl” case, “Crude” is a real-life, high-stakes legal drama set against a backdrop of the environmental movement, global politics, celebrity activism, human rights advocacy, the media, multinational corporate power, and rapidly disappearing indigenous cultures. Presenting a complex situation from multiple viewpoints, the film subverts the conventions of advocacy filmmaking as it examines a complicated situation from all angles while bringing an important story of environmental peril and human suffering into focus. (LFS)

From its opening images of the Dakota territories in 1879, “The Burrowers” appears to be every inch a Western. But in the hands of writer/director J.T. Petty, “The Burrowers” probes horrors that no Western could ever fathom. A band of hardened ranchers set off into the wilderness to rescue a family kidnapped by a Native American tribe unaware that they are about to encounter a gruesome species that’s far from human. Starring: William Mapother (“In the Bedroom,” “Lost”), Sean Patrick Thomas (“The Fountain,” “Cruel Intentions”) and Clancy Brown (“Carnivale”). (LFS)

The Kentucky Center for the Arts

Festival passes include a single ticket to all eight screenings and admission to The Green Building After Party to be held Saturday, June 13. LFS memberships are available online or can be purchased onsite during the festival.

Tickets for the festival can be purchased prior to and during the Festival at the Kentucky Center box office at 501 West Main Street, or by calling 502-584-7777 (cash and credit cards accepted) or online at www.kentuckycenter.org. Patrons are encouraged to take advantage of box office hours and the drive-thru service to avoid service charges ($2 per ticket or $3.55 via phone or Internet).

*Question and answer sessions follow many of the films. Visit louisvillefilm.org for details.

Bart Got A Room (comedy)

with Our Neck of the Woods (short)

The Other Side of Immigration (documentary)

Until the Light Takes Us (documentary)

After Party at the Green Building

The Kentucky Green Team Online Film Festival is a new initiative designed to highlight sustainable environmental practices. First Lady Jane Beshear hosted an online film festival in which Kentuckians could submit a film educating the public on energy conservation. The winners will be announced and awards given before “The Garden” screening.