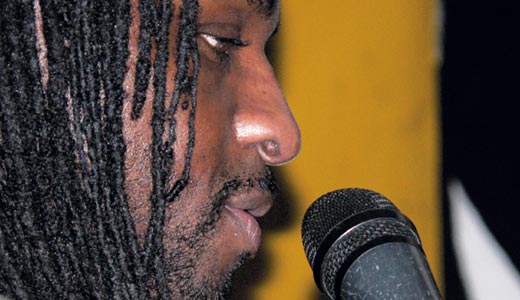 The Kentucky Reggae Festival celebrates its 18th anniversary, and what’s a better way to spend a weekend than sipping Red Stripe and listening to the sounds made famous by Marley, Tosh, Perry and Romeo?

Don’t let the bill dissuade you: The relative lack of “recognizable” names is ultimately unimportant, as scene and vibe are what your modest $6 entry fee is buying. De Hurricane Band, Kingly T., Gizzae, Yard Squad and Caribbean Conspiracy aren’t there so much to make a name for themselves as to provide the relaxed, entertaining atmosphere of a sun-drenched day in Kingston, a mini-vacation for those of us unable to get away, even if just for an evening. The bands will mix originals and classics known the world over, with many of the bands’ members having clocked both studio and stage time with Ziggy Marley, Toots & the Maytals, Burning Spear, Luciano, Morgan Heritage and Steel Pulse.

A handful of local groups also pepper the bill, including the St. X Jungle Drummers, the ever-present Dem Reggae Bon and, perhaps most excitingly, the always fantastic Kyene Drum Ensemble, which play both days. Featuring a hodgepodge of members from several varied bands, Kyene began in 2004, performing Afro-Cuban and Afro-Brazilian music at local festivals, area colleges and many points between.

Players include Gregory Acker, a local professor of world music, Gary Pahler, a member of the indescribable but excellent Ut Gret, Yahya Johnson, who studied under the late African drum master Babatunde Olatunji, and more. Their sets are not to be missed.

Kingly T. learned to play guitar at the Jamaica School of Music, with inspiration from his musician father. “I wasn’t serious until I got there,” he says.

But once a student, his path was set. He’s played with nearly every “top name” in the country at one point or another. “Oh my gosh, you name him, I played with or for him,” he says. When pressed, he drops Gregory Isaacs and Sean Paul, before his international success. His journey has taken him to Japan, Mexico and beyond, before romance led him to put stakes in Indianapolis. From that home base, he plays regularly and recently released his first solo album, Unity.

While one hopes that big things are planned for next year’s anniversary edition, the sounds and smells of authentic Kingston town will be thick enough at the Water Tower this year. Just save me an extra helping of jerk chicken and plantains, if you would be so kind.