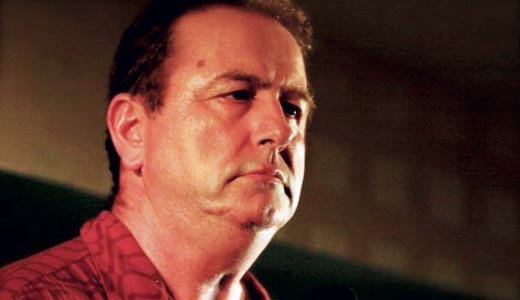 Artist and gallery owner Julius Friedman swears he has no recollection of the moment.

Given that it occurred Back in the Day, that isn’t such a surprise. If you remember the ’70s, you didn’t really live them. That’s how the saying goes, right?

Then again, this happened at the counter-cultural and gustatory phenomenon known as Fun City Pizza. The joint was a cockamamie wonderland where anything and everything could and did happen, most of it elusively memorable in a way that few would believe unless they experienced it themselves.

As evenings went, this was a quiet one at Fun City, on Preston just north of Eastern Parkway across from the old St. Joe’s Infirmary. I was at one table, Julius and others at another.

There was this gaggle of twentysomething ladies, who a few years before had graduated from one of the local high schools. They’d consumed a few slices of ’za, considerably more pitchers and, from all appearances, had toked up in the parking lot. That was the Fun City way.

At some point, this crew pushed back the tables and proceeded to reenact their senior talent show. Singing. Dancing. The whole schmear.

There were giggles galore. I swear I looked over at Julius, he back at me. We agreed we’d never be able to describe the scene.

Fun City was that kind of place. The first in Louisville where you could buy New York thin-crusted pizza by the slice. Where on a daily basis, Bob, an owner from a connected family back in Sopranoland, Darrell with his eye patch, young Bennie Impellizzeri who quietly made the pies and co-owner Phil, with his mohawk, turned Fun City, with its infamous back room, into the most aptly named eatery in town.

If you were there on a night — always when the place was really busy — when Darrell and Phil pulled their get-in-an-argument gag with one or the other’s head ending up slammed into the counter after a growing 15-minute argument … well, I was. And I remember who I was with and the thunderstruck looks on every patron’s shocked face — the room rendered totally silent except for the jukebox. Until Darrell and Phil broke up laughing.

Fun City Phil is Phil O’Reilly, he of the wry sense of humor and one of the world of comedy’s great shrugs. He does standup now. It’s a good thing.

O’Reilly returns triumphantly to the burg of his profligate youth with two shows at Comedy Caravan on Thursday.

Trust me, there are worse ways to spend the evening.

Phil’s mohawk is gone, but not his sardonic sense of bemusement.