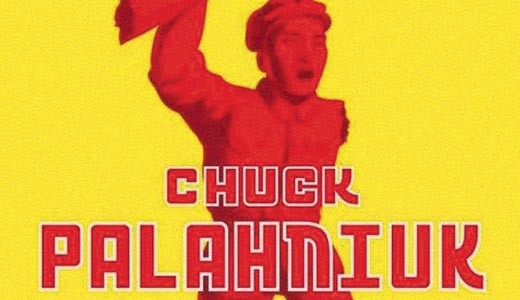 I remember the moment I started hating Chuck Palahniuk. It was halfway through “Diary” when I thought I’d figured out all his tropes: The protagonist with the strange occupation/hobby who has a friend who draws him into a new world and is finally met with a major, weird twist — involving or initiated by the friend — at the end.

The most obvious mark of the man is his voice. It is scarily consistent. He uses language in a utilitarian sort of way, sparse on the idiosyncratic descriptions and wordplay, heavy on dialogue, observation and sarcasm. He focuses on facts. He tends to make long lists of them, especially medical ones with obscure terms he must introduce to the reader. It keeps you reading, in part, because it makes you feel like you are learning something (whether it be how to make a bomb or the medical term for a scarred rectum); not only that, it makes you feel as though you are learning something they don’t want you to know (the they remaining amorphous). This — and his utter readability — keeps Chuck teetering on the edge of grocery store counter-culture.

I started hating him for these reasons four books ago, but that hasn’t stopped me from reading and enjoying everything since.

The tropes are present as much in “Pygmy” as anything. It was difficult keeping up with the plot because I could hear too much of Chuck’s voice, not the characters’, a common problem when an author has such a powerful voice and does not switch it up over 10 novels.

But this is a different sort of character for Chuck. Pygmy is a boy from an eastern nation (left vague; we know it was previously communist), and the book is written in a vaguely foreign vernacular that emboldens the protagonist in a new way. This is the perfect character for what Chuck has to say. He is not a privileged middle-age whitey bitching about the comfort he’s known but a character who truly comes from outside and whose observations seem genuine and necessary. Chuck seems to have been called to task here, as if he took full responsibility for everything that this character might do or think, and that his style served perfectly to meet all of Pygmy’s needs. He even allowed for a happy and hopeful ending (because the character needed it), which surprised the living hell out of me.

This book made me wish Chuck hadn’t written any of the books before, because the pathos of the character so perfectly matches Chuck’s form and mode of observation. When we get a paragraph listing the biological process occurring in a given character’s pants during a kiss, it makes sense in this book, because here the character — as part of his mission — must impregnate as many American women as possible, and so of course sex would be broken down into biological goals and processes rather than magic and pleasure.

Chuck also does a flip here with what is at times a completely serious treatment of Pygmy (a 13-year-old terrorist posing as a foreign exchange student), and a perceptive approximation of his mindset. Chuck realizes that certain things for which we have labels are completely novel to this kid to whom the western world is a big mysterious ball of sin. Chuck gives himself a necessary hurdle with this, in that he must find ways around certain words (nametag on father’s shirt becomes “anchored spring apparatus gripping chest blouse pocket of father”; a whistle is only referred to as a “metal snail”). In addition, he must make sure the reader can follow him through this. It becomes an interesting game in the book, and works in much the same way “Haunted”’s Canterbury Tales form challenged the author’s normal story arc. It is a treat to actually watch Chuck play with language and make the reader work, instead of just writing to convey information. We know why Chuck is using his tricks; we just don’t appreciate them as being there for dark humor’s sake.

Chuck should have saved himself for this book, because he has finally found his character. The only thing that ruins it is the knowledge that he has done nothing new with him; he has just done the same thing, but better.