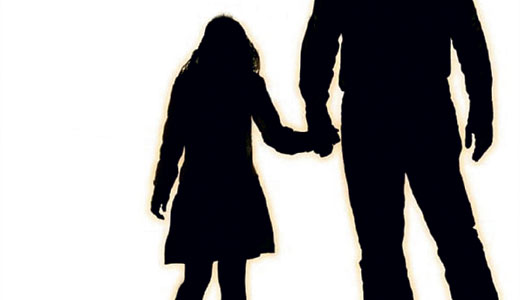 Gotta hand it to Irvine Welsh: Few writers can create reprehensible characters as skillfully as he can. From drug addicts and alcoholics to crooked cops and petty criminals to pornographers and whores, Welsh populates his fiction with a remarkably seedy brand of lowlife. His latest novel, “Crime,” goes for the pinnacle — or is that nadir? — of scumbaggery: pedophiles.

The novel’s protagonist is Ray Lennox, a detective on leave from the Edinburgh Police Department. Lennox was a secondary character in “Filth,” an earlier Welsh book that starred Lennox’s colleague, Bruce “Robbo” Robertson, a cheerful sociopath who terrorized Edinburgh while tracking a murderer and dealing with … a tapeworm. “Filth” was widely panned, but those of us with hair on our gonads thought the book was all kinds of compelling, featuring as it did horrifying scenarios and a truly irredeemable protagonist in Robbo. Better still, in “Filth,” Welsh used the tapeworm as a structural device that pushed the novel past its scum-noir foundation and into the literary realm.

“Crime” has no such ambitions (or pretensions, depending on the reader’s outlook); instead, the novel is pretty much a straight crime/action yarn, which is probably more suitable, given its grim subject matter.

The novel opens with Lennox and his fiancée, Trudi, on holiday (or “vacation,” as you Yanks call it) in Miami. Trudi wants to have fun, shop and plan the wedding, but Lennox is haunted by the gruesome rape and murder of a young girl back in Scotland. Lennox also happens to have a bit of a substance abuse problem, and eventually suffers a lapse or three (I know if I was trying to stay off the blow, Miami is the first place I’d go).

After a lover’s quarrel, our hero and Trudi briefly split up and after a few drinks, Lennox ends up on a coke binge with two women he meets in a bar. Hey, it happens. Next thing he knows, a thoroughly discombobulated Lennox is pulling a greasy child molester off the daughter of one of his coke buddies, and the fun begins.

Lennox and the girl, Trianna, flee Miami for a cross-state run, searching for a family friend whom they hope will provide a safe place for the girl and allow Lennox to go back to his life and presumably resume his downward spiral. But since Lennox is a detective, he can’t help but dig into Trianna’s situation, and he unearths an elaborate pedophile ring complete with seminars modeled after those “how to pick up women” speed seduction classes made popular by VH1’s “The Pick-Up Artist.”

Yes, “Crime” is all about redemption and shit, but Welsh’s terse prose and gift for language make for an engaging read. Welsh can be funny or morbid, sometimes simultaneously, and his turns of phrase are evocative, such as when he describes Lennox’s urine as being dark and “thick enough to stand a spoon in.” Tasteful!

And naturally, among all of his other dark secrets, Lennox has a really big, 800-pound gorilla of a dark secret. SPOILER: Given the book’s subject matter, you’re not trying very hard if you can’t figure out what it is about 15 pages into the book. Just saying.

Thematically, “Crime” is a long way from junkie-hell classic “Trainspotting,” but stylistically, it’s pure Welsh. The only real fault with the novel, and it’s a doozy, is its conclusion. You can practically feel the pages straining in your hands to tie up every single loose end the book has presented, which it does a little too neatly, culminating in a scene set at a Holocaust memorial that’s meant to be poignant but comes off as maudlin, contrived and, frankly, less grounded in reality than your average episode of “Aqua Teen Hunger Force.” But all in all, “Crime” is an engrossing work that handles its grotesque subject matter in a direct way.