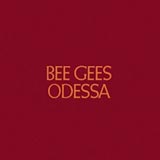 My generation mostly remembers the Bee Gees as leisure-suit liaisons who regretfully legitimized disco with the “Saturday Night Fever” soundtrack. There was a Bee Gees before Travolta, but unfortunately there hasn’t been one since. Here, the band sounds more California folk than disco maestros, and it suits them better.

The first two discs are redundant — a stereo mix and a mono mix of Odessa. The third disc of unreleased demos and alternate studio takes is a nice addition. Because of identical sequencing, you can almost hear the album materialize as you listen. The song-by-song breakdown is helpful and offers a lot of insight into the tracks on the outtakes disc, but sadly there are no essays discussing the record’s relevance and influence.