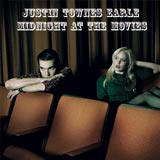 A Texas singer-songwriter with the name Justin Townes Earle is a like pop star being named John Lennon Beethoven Gaye or a scientist named Susan Curie Einstein-Newton. There’s a little pressure. Earle’s not just feeling that heat from his business card, his father is that incomparable blusterer Steve Earle, so double trouble. Thankfully the good lord’s nepotism has endowed Earle with more than his fair share of Texas-sized talent. His latest disc is a master class in solid songwriting. There’s the swing tune, the ballad, the jilted love song, the Americana legend reference, the fundamentals of country song structure. Earle’s skills pop out enough so that he manages to distance himself from his names and allow you to listen to the disc, not as a product of the son of the king, but take Townes Earle on his own merits. When you think of the names that Justin Townes Earle has to deal with, this is high praise.