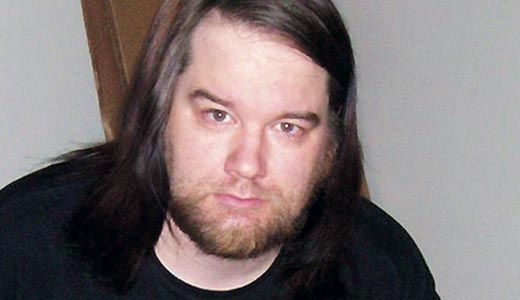 Expect a deluge from Brian Foor over the next year.

An alum of Tyrone and currently with Gaj Mustafa Cell, Foor’s first self-titled effort in a series of CD EPs arrived two weeks ago via Louisville Lip Records.

“My first reaction was something along the lines of, ‘What in the fuck is that?’ I didn’t even know what to do with it,” says Lip owner Shawn Severs. “With each listen, it grew on me.”

Foor recorded the five-song EP at his home studio, with painter/photographer Pat Thompson handling vocals and album artwork. Thompson has worked with Foor in Gaj Mustafa Cell and is now a member of Funeral Sex.

Each disc in the untitled series will feature a different lineup of collaborators from past and present bands Foor has worked with, and the stylistic approach will change with each release.

The second installment, which is 95 percent finished, features Nathan Smallwood, of Straight A’s and co-founder of Noise Pollution Records, and will be released sometime this summer.

LisaPoluza on DVD
Stephen Davis of Bluestown has made a DVD of LisaPoluza II, to be shown three times on Kentucky Showcase on Insight channel 98 on Friday afternoons at 4:30 p.m. The lineup includes The Salamanders, Blue Meridian, MojoBey, Earbone, Bluestown, Polaris and The Outfit. The first airing was March 27, the second will happen April 10 and again April 24. Note: The show does not appear on Insight cable in Indiana. Sorry, Hoosiers.

Banshee’s Derby
In the next few weeks, Banshee Music releases the 15-song album Party Up At The Downs for download at iTunes, Amazon and Rhapsody. The compilation features 11 original songs and five different covers of “My Old Kentucky Home” by the following artists: Kamaal Malak (Arrested Development), Colt Ford, Dot Dot Dot, Phil Solem (the Rembrandts) and Chuck Folds (Amplify This, brother of Ben Folds).

“Banshee has been instrumental in helping us develop music as another extension of the Kentucky Derby brand,” said Dave Tompkins, Churchill Downs’s chief marketing officer.