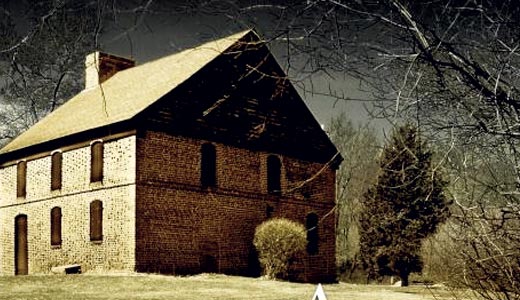 A Matter of Justice

A Matter of Justice: An Inspector Ian Rutledge Mystery

Charles Todd is neither a single author nor a British author. Rather, it’s two authors in one, a mother and son, one of whom lives in Delaware, the other in North Carolina. Yet they have collaborated to write over a dozen historical British mysteries that have won them all kinds of awards.

The latest, “A Matter of Justice,” follows the hallowed historical whodunit procedure, reuniting Inspector Rutledge with his legions of fans. Even if you don’t know Ian from Adam, it won’t hurt a thing to start with this latest installment and move backward.

As in the previous mysteries, the authors effectively use Rutledge, bedeviled by his own Great War past, as the personification of a sense of loss, guilt and malaise that penetrated all levels of British society in the early decades of the 20th century.

Here, Rutledge travels to idyllic Somerset to investigate the murder of a crafty investment adviser who had made enemies enriching himself at the expense of British troops during the Boer War in South Africa. Rutledge has to sort through a hodgepodge of malevolent rumors, lies and misunderstandings about the dead financier, who was loathed by nearly everyone he knew, most especially his wife.

Even though a couple of the book’s early set-pieces give away the killer and the motive, it’s still a pleasure to watch Rutledge sort through a veritable seething cauldron of suspects. His own haunted past keeps getting in the way of his otherwise clear-eyed judgment. But the real fun lies in the many voices of the angry locals, whose Glastonbury accents come alive on the page. —Mary Welp

Listening Below the Noise: A Meditation on the Practice of Silence

Man oh man oh man, are you ever going to want to buy this book for a bunch of people on your list, and not all of them are going to get what a gift it is.

“Listening Below the Noise” is novelist LeClaire’s first book of nonfiction. Part memoir, part meditation (as the subtitle says), it chronicles her determined decision 17 years ago to spend two days per month in complete silence.

Taking as her foundation Picasso’s statement, “Without great solitude no serious work is possible,” LeClaire describes the trials and tribulations of her practice (which has become almost religious), including the reactions of her family, friends and even strangers.

Like any decent philosophical writer en route to wisdom, she weaves quotations from history, religion and literature into the recounting of her own experiences. From Saint Arsenius (yes, there really is a Saint Arsenius — he had a sister named Afrossity): “I have often repented of having spoken, but never of having kept silent.” From Herman Melville: “Silence is the one and only voice of God.” From Confucius: “Silence is the friend who never betrays.”

LeClaire takes care to make the critical distinction between voluntary silence and imposed silence: “To be silenced is crippling, constricting, disempowering. Chosen stillness can be healing, expansive, instructive.”

But here’s the part you’ll want to share with your boss and co-workers — and perhaps even your entire extended family, as well as the people with whom you’re stuck in the airport terminal. Or, say, jury duty. There are four kinds of listening: “1) Listening but not hearing, 2) Listening and connecting with one’s own agenda, 3) Listening and hearing without a personal agenda, 4) Intuitive listening, meaning not only hearing what is being spoken but what is not being said. Deep listening.”

Go on. Ask it. How many people do you know (self included) who ever get beyond that second one? —Mary Welp