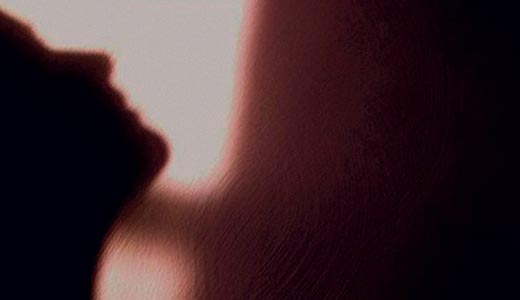 Telling stories, shaping them into marketable works and doing the networking (including online) to get them in front of readers: Those are the required steps for a new author. They can be very big steps — lunges maybe — but Louisville’s Lynn Tincher has accomplished them with a momentum that could carry her further.

On Saturday, she’ll be signing her short novel “Afterthoughts” at the Southern Kentucky Book Fest, at the Sloan Convention Center in Bowling Green. This book is the first of an intended series of psychological thrillers centering on characters who have acquired powers to control the minds of others.

Tincher’s self-published first edition of “Afterthoughts” drew the attention of Blackwyrm, a local company that develops role-playing games. The principals of Blackwyrm were just launching a wide-ranging line of speculative fiction books, and Tincher bowled them over. Now with a new, Blackwyrm-published edition of her first novel and a sequel well underway (“Left in the Dark” is due to hit shelves in October), Tincher is balancing a schedule of signings with her active online presence (including “Literary Lynnch Pen,” a blog for aspiring authors). She recently had a few minutes to share with LEO.

LEO: How did you get involved with Blackwyrm?

Lynn Tincher: I was going to a science-fiction writer’s group here in Louisville. I brought in a first edition copy of “Afterthoughts” and was reading from it. The next month, Dave Mattingly from Blackwyrm had my book in his hand — he’d read it, loved it and wanted me to autograph it. A few weeks later, he started talking with me about publishing with them in their new fiction line. I was real excited about that.

LEO: What is this writer’s group?

LT: It’s called The Vault. It’s scheduled through meetup.com. We all get together, and we’ll give each other feedback on what we’ve written.

LEO: When did you start working on the Mind-Bending Series?

LT: “Afterthoughts” is a story that’s been in my mind for many years, but about three years ago I sat down and started writing it and developing my characters. Once I started sharing it with family and friends, they made some suggestions that helped me to develop it a little more. Only then did I decide to pursue getting it published — my main goal to begin with was just to write it. But now, hopefully it’s on to bigger and better things with a whole series.

LEO: We reached you just as you were wrapping up an online chat. Do up-and-coming authors have to have a web presence? It seems a compromise — a whole new set of skills to learn, and it takes away time when you could be writing.

LT: It does. It takes a lot of work. But I think it’s necessary. There are more readers out there, and critics … There are a lot of things that you can only reach by having an online presence now. It does take a lot of time, especially when you get into social networking sites. It takes a lot of time to keep each one of those updated. I find I’m having to cut back a little from what I used to do, so that I do have time to write. Because first and foremost is getting my story down on paper and sharing it.

Tincher also has upcoming events at A Reader’s Corner (138 Breckenridge Lane) and Karen’s Book Barn and Java Shop in La Grange. Go to www.lynntincher.com for more.