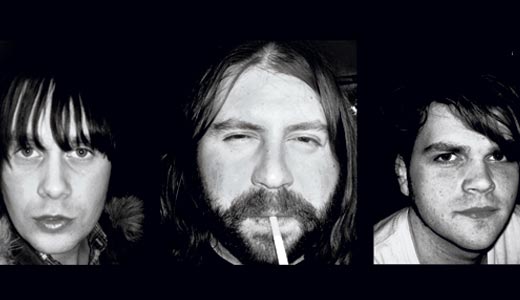 Trophy Wives have been invited to perform at Electrical Audio annual weekend BBQ in Chicago. The studio is home to famous engineers Bob Weston and Steve Albini.

This Wednesday is Spring Music Recital at the Kentucky School for the Blind (1867 Frankfort Ave.). More than 20 students will participate in this year’s recital, which begins at 6:30 p.m. Longtime jazz musico Bobby Falk has a half-dozen students participating, and the school’s percussion ensemble also makes an appearance. For further information, visit www.ksb.k12.ky.us.

Elvis & Johnny, kinda
Speaking of Wednesday, Robert Shaw and The Lonely Street Band step back in time with the one-off, “Elvis and Johnny — The Early Years.” Shaw & Co. cover early hits by the King and the Man In Black, whose legacies get a continual update thanks to multiple reissues. It goes down at 8 p.m. on April 29 at Jim Porter’s Good Time Emporium (2345 Lexington Road). Tickets are $10 and available at Jim Porter’s box office (452-9531), ear X-tacy and www.ticketweb.com.

SonaBURST!
Lucky Pineapple have signed a deal with SonaBLAST! Records (Ben Sollee, Mark Geary). The band’s latest album, The Bubble Has Burst in Sky City, will be re-released nationally later this year. Meanwhile, The Invaders, which features LP drummer J.C. Denison and Joe Meredith (formerly of The Merediths), are finishing up work on a debut album. A release date has not been set.

Windy City Wives
Trophy Wives have been invited to play in Chicago in June at Union Rock Yards, a weekend barbecue hosted by Electrical Audio, home to Steve Albini, Bob Weston and other engineers. Bassist Tony Ash says the trio is still in the process of recording its full-length album at Headfirst Media, but in the meantime, Hawthorne Street Records will release a vinyl version of the band’s self-titled four-song EP. Trackage is at myspace.com/trophywivesofkentucky.