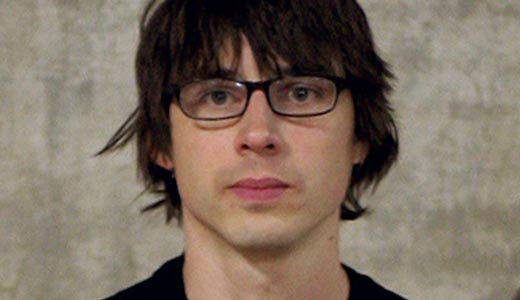 Sculptor Brad White is used to controversy, difficulties and censorship. Not that he likes it.

The public drama part of his young artistic life pivots around a bike rack commissioned by the Louisville Downtown Management District in 2005. It was a pretty big deal around these parts, an abstracted pink-steel swoosh called “Learning Curve.” The sculpture was placed near the former Jefferson County Courthouse on Fifth Street.

It did not go gently into the night. Someone high up — rumors are it was Mayor Abramson himself, but you know how rumors are — constantly complained about it. In May 2007, the city’s Public Works Department removed it. The sculpture was damaged so badly in the move and later in storage that White estimated it would cost $3,000 to repair it (he only received $2,000 for it in the first place).

Finally, good sense for good art prevailed. The piece is currently in White’s studio, waiting patiently as he searches for time to fix it. It will eventually be repaired with funds from the Downtown Development Corp. Its new home will be on Fourth Street near the Brown Hotel.

He prefers not to talk a lot about it, but says, “The lesson learned is I tried to do too much. Painted steel sculpture is fragile. It has to be treated as art.”

“Learning Curve” is a variation of White’s signature style. He specializes in organic, biomorphic shoots that are highly recognizable.

His motto is “notice the things you notice,” a cryptic phrase about his awareness of nature. “It comes in cycles, different forms at different times,” White says. “Something I’m fascinated with, like seed pods, root systems, spring buds. It’s recreating the divine.

“It may be an obsessive thing,” he adds with a laugh. “I’m really taken now with the willow tree and its big curves and linear form.”

The controversy may be White’s calling card, but it isn’t the end-and-be-all of his career. Another highlight was his participation in the 2008 Chinese Biennial in Beijing. Unfortunately, that wasn’t smooth sailing either. He had to pay $3,000 upfront to get his work back and forth through customs. The cavalry came in the form of the Louisville Visual Art Association, with their Linda Schaaf Micro-Loan Program for Visual Artists. UPS helped as well. The rest came out of his pocket.

White has worked as a sculptor and fabricator at Bright Foundry since his departure from Murray State University in 1999. That has led him to work with some of the city’s best sculptors, including Ed Hamilton (Bright Foundry worked on his “Lincoln” plaques). He squeezes in his own projects when time permits.

Lucky for Louisville, the “Learning Curve” experience didn’t leave such a bad taste in his mouth. Ken Herndon of LDMD deserves some credit for that. Not only did LDMD’s director of operations come up with the bike rack idea years ago, he knows about the care and feeding of artists. Once he found out which of the city’s storage facilities “Learning Curve” had been moved to, he hired a truck and returned it to White’s studio.

White’s next LDMD bike rack sculpture is scheduled to go on the corner of Sixth and Main streets sometime in April. It’s in his signature biomorphic shape: bronze orbs with stainless steel tentacles. But, he notes, “Commissions — it’s weird, it knocks you out a whole year.”

That means he had to find the time to also work on a sculpture for Yew Dell Gardens, “Sculpture in the Dell.” The sales and exhibition event opens May 30 in Crestwood.

And then there’s his garage-rock band Adventure. He describes it as “if Waylon Jennings was in the New York Dolls.” Wait, I’m getting an image …