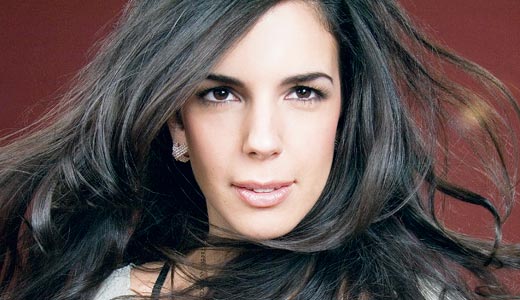 How often does a band understand the value of honing skills at both garage and country without slipping into a cowpunk mash-up? Rare enough that an appearance by Sarah Borges and The Broken Singles merits full attention.

It’s hard to say whether they’re coming to town to show off their range, capable of pulling off some newgrass-based material before covering X or Smokey Robinson, because their third album features a confident adjustment in direction. You can’t blame the band for wanting to show it off.

Their third album, The Stars Are Out, Borges told LEO, was intended to be “a little more mainstream rock and pop, but it still sounds like us.” So the pedal steel is harder to find now. The occasional string arrangements (such as on the adventurous, bittersweet “Symphony”) would now be called violins instead of fiddles. And the most out-and-out rockers are an NRBQ song and the single “Do It for Free,” which has drawn comparison to Joan Jett’s classic sound. (Borges says she didn’t aim at homage and wasn’t sure where that song would end up during recording, “but anytime you get a girl singing a rock song with a ton of reverb, it’s a very good start.”)

The band approached redirection as “a conscious decision. We wanted to branch out and expand on what we offer the audience that we already have.” Paul Kolderie, who has produced all of Borges’s releases (“he’s a big part of our band life”), joined with all the band members in daily confabs to expand the communal musical knowledge and repertoire. “Everyone was tasked with coming up with five songs, either their own or cover songs,” Borges says. The final selections show that this foursome can update the harder edge of pre-Beatles rock (“Me and Your Ghost”) or warmly open up a classic ’70s sound, including treated guitar (“Better at the End of the Day”). The singer also reaches across gender lines on Evan Dando’s rueful “Ride with Me.”

Saturday night at The Vernon Club is sure to burnish this act’s reputation for high energy, and the set list will pull from all of their albums and perhaps a few oddities, whatever it takes to make the night boisterous and one-of-a-kind. “Ideally, I want to devote even more to getting people involved,” Borges says. “Going out in the audience, and things like that, are important when you’re face to face with them.”