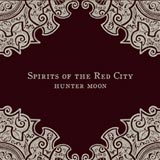 In a dream-memory, in the surgery tent after Perryville, I take a long, bitter pull from the surgeon’s bottle and am given my belt as a champing bit. Mercifully, I’m led in and out of fever and morphine slumber by the sound of the boys and their sisters outside around the fire, singing the loneliest lullabies beneath a Hunter’s Moon to none but themselves and the ghosts of their dead. Minnesota collective Spirits of the Red City, led by native son Will Garrison, have crafted an album whose cello/viola/guitar-laden wall of sound is experimental enough to elicit the anticipation and uncertainty of dream, but familiar enough to be the calming reassurance needed upon waking, all beneath the confident strain of Garrison’s voice and quiet triumph of his lyricism. Spirits of the Red City play March 10 at the 930.