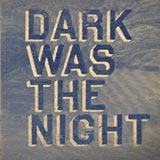 What would happen if you faced down an army of A-listers all mugging with the same game face? The roster on this AIDS charity album is stunning: The Decemberists, Yo La Tengo, My Morning Jacket, Arcade Fire, some slightly novel duets (e.g. Feist with Ben Gibbard), and inspired covers over two sprawling discs. Why is it less than you expect? Maybe it’s too consistent a workshop in back-to-basics for this generation. It’s not that energy or focus is always missing, but similarities pile up to enervating effect. Fuzzy echoes, high-pitched voices against modest electronic or string textures — at times, it’s like many participants impersonating Bon Iver. The National stand out while being true to themselves. MMJ continue their rewarding shuffle toward mainstream eclecticism. No duff tracks, so buy it for the cause.