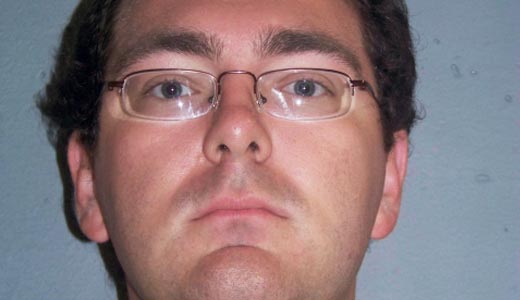 Michael Carneal arrived at his Paducah high school on the morning of Dec. 1, 1997, armed with five guns stolen from a neighbor’s garage. Upon entering the lobby, the 14-year-old pulled out a .22-caliber pistol and began firing into a group of students gathered for an informal prayer circle.

The violent rampage lasted only about five seconds. When the gunfire ceased, the Heath High School freshman had shot eight students, killing three classmates and permanently disabling two others.

There was never any dispute about who was to blame, and Carneal was immediately arrested and charged with murder. Given the severity of the crime, a judge agreed to transfer the case to adult court.

At that point, only one question remained: Why did he do it?

The defendant underwent extensive psychological testing, and although several mental health examiners determined Carneal suffered from a personality disorder and paranoia, they all agreed he was competent. Following the advice of his lawyer, Carneal pleaded guilty but mentally ill, agreeing to a life sentence with no chance of parole for at least 25 years.

Since then, however, two of the very same experts who determined Carneal was competent back then have changed course, now saying they believe he was suffering from undiagnosed paranoid schizophrenia that he managed to conceal.

As a result, Carneal’s lawyers are asking a federal judge to toss out the sentence, saying their client was insane and therefore incompetent at the time he pleaded guilty.

“In this case it was clear from the outset that Carneal had one possible defense to this crime, and that defense was mental illness,” assistant public defenders Timothy Arnold and David Harshaw III wrote in a motion filed in federal court last week.

The attorneys argue Carneal was suffering from paranoid delusions that prevented him from revealing the extent of his mental illness.

In 1998, several psychiatric experts who examined Carneal noted peculiar patterns of behavior leading up to the shooting. For example, the defendant explained that he always showered quickly and covered all of the heating vents in the bathroom to prevent people from watching him, and that he often feared there were people hiding under his bed and peering into his window.

But those delusions — which Carneal downplayed at the time as “stupid thoughts” — were not enough to result in a finding of insanity.

Upon being transferred from a juvenile facility to an adult prison on his 18th birthday, Carneal was prescribed a much more potent antipsychotic medication. Over time, Carneal’s lawyers say the medication “allowed their client to reveal the full extent of his pervasive delusions.”

The inmate eventually described hallucinations involving a group of tormentors he called “the Danes,” people he believed were trying to harm him. As a result, two of the mental health experts who previously examined Carneal agreed to re-evaluate him, and both determined they were mistaken about his competency years earlier.

One of those experts, clinical psychologist Dewey Cornell, wrote in his follow-up report: “I asked Michael why he did not tell me this account when I evaluated him in 1998. He replied, ‘I thought you might be one of them. I felt that way about everybody, everybody I met might be a Dane.’”

Based on this new information, as well as voluminous mental health records, Cornell concluded, “Had I known of his auditory hallucinations and their affect on his judgment and behavior, I would have recommended that he be found incompetent so he could be hospitalized and treated with antipsychotic medication before making decisions about his case.”

Last year, the Kentucky Court of Appeals agreed, saying Carneal was entitled to a hearing to determine whether he was competent at the time of his plea. The appellate court stated in its ruling that there was “sufficient evidence to raise real and substantial doubts concerning his competence to plead guilty … genuinely new data, apparently undiscoverable until recently when Carneal began receiving more effective medication.”

The state attorney general’s office challenged the decision, and the Kentucky Supreme Court ruled in November that Carneal was not entitled to a new hearing.

“The state Supreme Court was very clear in its ruling that Mr. Carneal had been found competent multiple times before he entered his guilty plea,” says Allison Gardner Martin, spokeswoman for the attorney general’s office. “We plan on vigorously defending our position, which will be clearly outlined in upcoming filings with the court.”

After learning last week that Carneal is now asking a federal judge to throw out his sentence, Martin says her office communicated with some of the victims and families affected by the shooting to explain how the process will unfold in U.S. District Court.

“I think it’s safe to say they are upset and they are ready for this to be over. They thought when he pleaded guilty and took responsibility for his actions that it was over,” says Martin. “The facts of this case haven’t changed. Mr. Carneal pleaded guilty to this crime; three people are dead, five people were injured. Some of those victims have injuries that changed their lives forever.”

Read more about the defense’s unique legal argument at leoweekly.com/news.