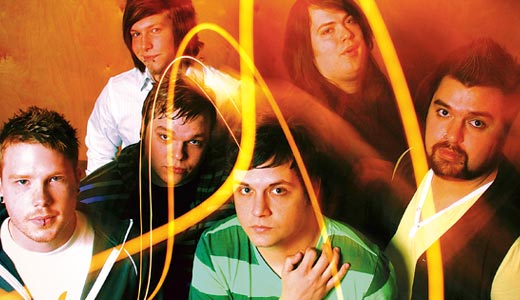 Louisville’s Ray Rizzo and a few close friends have put on a weeklong series of shows dubbed the Motherlodge Festival. If the name sounds familiar, that’s because it was the name of a compilation CD released some years back to benefit The Rudyard Kipling (422 W. Oak St., 636-1311). This year, the festival version has expanded. The rundown:

A Movielodge Screening at Glassworks

A film by Erin Harper with jazz violinist Zach Brock

Jeffersonville, Ind., post-hardcore group Creatures have signed a management deal with Scrocca Entertainment Group out of Ocean View, N.J. We couldn’t find any album info, but they have posted more than a few tracks at myspace.com/bloodycreatures.

Mat will be on the road this week blogging (about his band’s current tour), so no Music Cast. We’ll pick up April 1 with Surviving Thalia, whose second album, The Occupation of D.C., is out now. We’re at Bluegrass Catastrophe, bluecat.leoweekly.com.