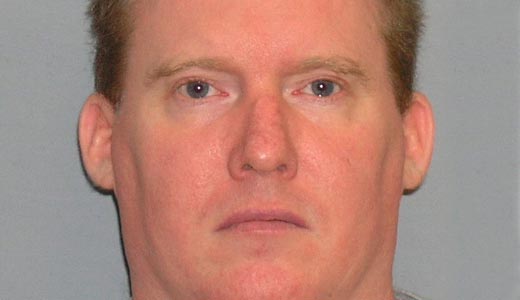 A decade ago, a federal judge sentenced Michael Potter Jr. to 27 months in prison for sending and receiving child pornography over the Internet. The Mount Washington man served his time and then returned to suburban Bullitt County as a registered sex offender.

But it turns out that brief stint in federal prison was not enough to deter Potter from resuming life as a sexual predator.

On Monday, the 40-year-old again faced a judge in U.S. District Court in Louisville, and this time he was sentenced to 27 years for attempting to solicit sex from a teenage girl on MySpace.

Given Potter’s past, federal prosecutors say the harsh sentence fits the crime.

“We think it’s very appropriate, particularly in light of the fact that Mr. Potter was a repeat offender,” says Jo E. Lawless, an assistant U.S. attorney who prosecuted the case. “He engaged in a pattern of sexual exploitation of children.”

In the spring of 2007, Potter began communicating with a Bullitt County teenager on the social-networking site MySpace, posing as a 14-year-old girl named “Tasha Thomas.” Under that guise, he sent his would-be victim a photograph of a topless underage girl whom he claimed was Tasha.

As the conversation progressed, Tasha eventually invited the girl to meet for sex, not only with her, but also with Tasha’s father, asking in one message, “Would you do it with an older guy?”

Ultimately, Tasha gave a home address where they could meet.

But before any meeting could take place, the girl’s father inquired about her recent activity on the Internet. The teenager shared details about the online correspondence, prompting her father to contact police.

“I don’t know that we would have been able to make this case if the girl’s father hadn’t been paying attention to her online activity. He talked to her about it, realized what was going on and got law enforcement involved,” says Lawless. “Unfortunately, there are many instances where teenagers meet people online and it results in a face-to-face meeting which law enforcement may never find out about.”

Mount Washington Police began investigating the matter and quickly learned the address previously provided to the victim belonged to a registered sex offender named Michael Potter. In addition, there were several photographs of Potter on the MySpace page in question.

An undercover officer assumed the would-be victim’s identity on MySpace and communicated with Potter, setting up a meeting at a local convenience store on May 18, 2007. When Potter arrived, police swarmed the parking lot and took him into custody.

A subsequent search of Potter’s apartment uncovered a cache of child pornography, including 257 photographs and 37 videos of children engaging in sexually explicit conduct. In court documents, the prosecution indicated many of the images depicted “very young” children being subjected to sadistic sexual activity.

Local law enforcement contacted the FBI and the U.S. attorney’s office, which ultimately took over the investigation, charging Potter with five felony counts, including child exploitation and attempting to entice a minor to engage in sex. In July 2008, he pleaded guilty to all counts, marking the second time he has confessed to criminal misconduct involving children. In 1998, he pleaded guilty to six child pornography charges.

Once Potter has served his lengthy prison term (there is no parole in the federal system), he will remain on intensive probation for the rest of his life.

“In all likelihood, he will be released back into society. Because of this pattern of criminal conduct, particularly with regard to sexual abuse of children, we asked the judge for lifetime supervised release,” says Lawless. “That is very significant due to Mr. Potter’s inability or unwillingness — I don’t know which it is quite frankly — to alter his behavior.”

According to Lawless, this case was solved in large part due to Project Safe Childhood, a U.S. Department of Justice initiative started in 2006 to combat child sex crimes facilitated online. Since then, the federal prosecution of such crimes has increased nearly 28 percent due to stepped up investigations, cooperation with local law enforcement and public education.

Similar efforts are under way on the state level, with Kentucky Attorney General Jack Conway declaring cyber-safety a priority in his office and launching a cyber-crimes unit last summer. During that time, the unit has investigated more than a dozen child pornography cases and seized more than 10,000 pornographic images of children, according to Allison Gardner Martin, spokeswoman for Conway.

Most recently, the Kentucky General Assembly unanimously approved cyber-safety legislation proposed by the attorney general, which Gov. Steve Beshear is expected to sign into law this week.

“It makes it illegal for registered sex offenders in the commonwealth of Kentucky to visit social-networking sites like MySpace and Facebook that are frequented by children,” says Martin, adding that 90,000 sex offenders have been removed from MySpace alone in the past two years due to similar efforts nationwide. “That is a huge step forward.”

“Registered sex offenders will always flock to services that allow them to connect to people, and the danger of communicating through social-networking websites is pretty stark for the average person who does not check registered sex offender websites to see exactly who it is that they’re talking to,” Von Erck explained via e-mail. “Through our work with MySpace, these people have been removed from the service, with many of them being reported as being in violation of their parole and re-arrested.”