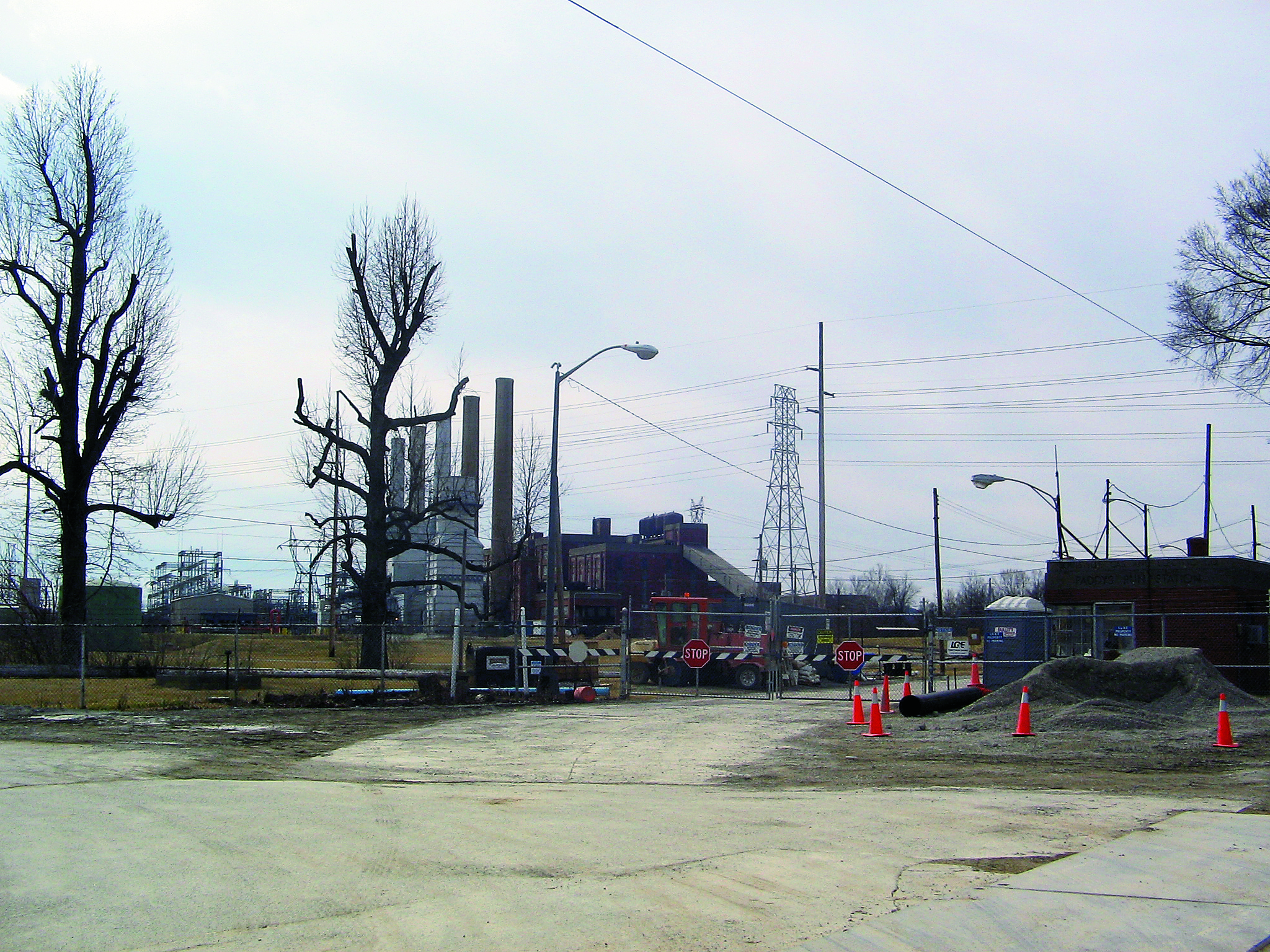 The vista from Eboni Cochran’s west Louisville house affords the viewer marvelous clusters of trees and a gentle, sloping road flanked by nicely kept ranch-style houses characteristic of the Chickasaw Park neighborhood. If one squints, the picaresque cliché of the American suburb bears in full. The trees, the tidy driveways, the park itself — and perhaps the odor of deadly benzene wafting in the air, which suggests, to the untrained nose, the aroma of honeysuckle — all help perpetuate this illusion.

Not far away, past the trees and the pretty houses, the smokestacks of Rubbertown are burning.

“I know this is going to sound unbelievable, but I didn’t know these problems were here before I moved in,” said Cochran, referring to the toxic air generated by several major chemical plants located in the historic industrial district a half-mile south from her family’s home.

Neither did Cochran’s grandparents, who originally purchased the property in the 1950s. “At that time, nobody talked about chemical plants or anything like that,” she said. Before moving to Louisville, Cochran and her family would visit relatives, trips that often left them sick. “It was a running joke in my family,” she said. “I’d always get bronchitis when I came to Louisville.” But she never thought much about it.

As a member of REAct1, Cochran thinks about it a lot these days, and since joining the organization in 2003, she has been on the front lines of the city’s ongoing war with its own air.

A brief history: During World War II, industrial chemical production in Rubbertown took off, and at one point laid rightful claim as the world’s No. 1 producer of processed rubber. Yet as domestic manufacturing eroded during the onset of globalization, Rubbertown’s once-bustling railway network grew idle and rusted. Many factories were closed, demolished or left to ruin as the country abandoned trains for GM gas-guzzlers, and Rubbertown fell into vast disrepair as a half-century’s worth of hazardous pollutants began to take their toll upon residents’ air, health and general quality of life.

Although efforts have recently been made to restrict some of those health- and environment-impairing emissions — including the Metro-wide implementation of the Strategic Air Toxic Reduction (STAR) program — the remaining 11 companies with operations in the area continue to draw fire from community organizations that want them to finish cleaning up their act.

The latest salvos were exchanged during last week’s Rubbertown Air Quality panel discussion held at Spalding University, where Cochran, alongside fellow speakers Russell Barnett (director of U of L’s Kentucky Institute for the Environment and Sustainable Development) and Art Williams (former director of the Louisville Metro Air Pollution District), talked at length about the purity and politics of Rubbertown’s oxygen supply.

Barnett’s presentation offered numerous graphs that depicted emission levels from plants in the West End (most of them along Ralph Avenue) over the past several years. The lineup of barely pronounceable culprits included acrylonitrile, 1,3 butadiene, chloroprene, vinyl chloride — which is used to make PVC pipe, is a well-known carcinogen, and according to Cochran has a “sweet smell” — just to name a few.  Barnett’s spreadsheets also showed that since the enforcement of STAR regulations, beginning in 2005, Louisville’s air has experienced a dramatic decline in most (though not all) of these highly toxic compounds across the city.

Though appreciative of STAR’s successes, when Cochran took the mic she was quick to admonish any notion that the work is near finished: “They think that everything’s fixed because of STAR. There’s still much more that needs to be done. It’s the equivalent of saying we’re living in a post-racial America just because we elected Obama president.”

She also cited the inefficiency of the district’s emergency response system, as well as the current “streamlining” of STAR — initiated by Metro Air Pollution Control District Director Lauren Anderson — which Cochran believes will relax the emissions standards she and REAct have fought hard to achieve. Anderson (who was not present, and whose office Williams defended and virtually extolled) has been on record saying it would not.

Ideally, REAct wants the district to establish a standard operating procedure for more effective handling of odor alerts2. But considering the organization’s limited resources (currently REAct has no office space, hierarchical organization or website), it seems their best weapon is the only one they’ve got: voice. It’s gotten them this far, although like much of the Rev. Louis Coleman’s organizational legacies, disorganization seems to be the order of the day.

“I think what it’s going to take is for REAct to get back into the game,” Cochran said, “[is] getting more active than we have in the past couple of years and starting all over.”

Meanwhile, Anderson said her agency has no plans to change its operating procedures, other than the aforementioned streamlining process, which she said relates to “the type of permits that are required for these facilities and do not change the air quality standards themselves.” In other words:

“These facilities” refer to the monster plants that loom far out of view from the hill on Cochran’s street, and no doubt even farther from Anderson’s abode. Yet there are people who live at ground zero, as it were, including a small cluster of run-down homes near the massive Vogt Avenue landfill, which is adjacent to the equally massive Du Pont chemical stacks, from whose spires billow fluffy, toxic clouds — even on Sunday afternoons. Through their relative silence, these fence-line residents who have witnessed chemical spills, industrial fires and more do what they’ve always done: depend upon Cochran & Co.’s REAct to speak for them, holding their breath all the while.

1) A bold-sounding acronym for Rubbertown Emergency Action, a nonprofit birthed from a campaign organized by the late Rev. Louis Coleman’s Justice Resource Center and dedicated to improving air quality by any means (usually agitation) at its disposal.

2) Which Cochran described as an after-hours “odor” hotline (actually Metrocall 311) to be used in the event one detects a noxious chemical odor, whereupon a response crew will usually arrive to investigate (sometimes an entire day) after the initial detection.