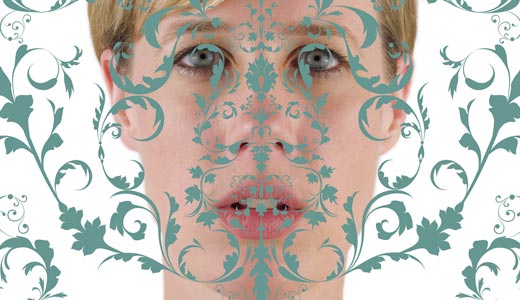 ‘Where Am I Wearing?’

Ever wonder where your clothes were made? Me neither. That’s kinda the point here. Kelsey Timmerman, a journalist living in Indianapolis, got this wild idea to track down the origins of his clothing. Among tons of other stuff you don’t want to think about, he learned 97 percent of Americans’ clothing isn’t Made in the U.S.A., which should reveal all kinds of hypocritical feelings in your superego, if nothing else.

In “Where Am I Wearing?”, Timmerman visits each of the countries and factories where his five favorite items of clothing were assembled. Lauded in reviews, the book mixes our natural consumerist quest for affordability with our more humanistic want of purity. Timmerman reads at 7 p.m. —Stephen George

Get this: A guy from Haiti with snakes around his neck and chains on his chest plays his own “Voodoo Violin Concerto No. 1.” Of course, it’s never quite as vivid as one imagines. A spokesperson from the Louisville Orchestra cautioned that we might be a little overheated on the imagery. “Perhaps figuratively he’s got a snake around his neck and is stepping through chains,” she said. “But literally, he’s not.”

And we guess the orchestra won’t be wearing wigs to match Daniel Bernard Roumain’s dreads. But DBR (as Roumain goes by) will offer up something different in the way of a classical concerto when he appears this week with the orchestra. Before he ever bows a note, DBR begins his concerto with some pizzicato plucking, then clamps his bow in his teeth as he shifts into kind of a slide-guitar violin. You won’t see Itzhak Perlman do that. Jason Weinberger conducts. —Bill Doolittle

Eve Ensler’s “The Vagina Monologues” is not all about the vagina. It may make you blush, but it’ll also make you laugh, cry and contemplate women’s experiences throughout time. This U of L production of the popular play is part of V-Day 2009, a global movement dedicated to ending violence against women and girls. Proceeds from this year’s event will benefit U of L’s Prevention, Education and Advocacy on Campus and in the Community (PEACC) and assist victims of violence in the Democratic Republic of Congo.

While the play’s off-Broadway debut was in 1996, every year a new monologue is added and performed at V-Day benefits like this one. “Under the Burqa,” about the plight of Afghani women under Taliban rule, was written by Ensler and added in 2003. —Sara Havens

The streets are gritty circuses, and Marah’s sensibilities don’t stray far from them. The Philadelphia-Brooklyn group was recently in Nashville crafting its follow-up to last year’s Angels of Destruction, the club tour serving as a workout session for this newest batch. The group went acoustic for a spell but preserved its rock-soul hybrid, sounding at once East Coast through a battered lens but blue collar enough for Midwestern brawlers blowing off work-a-day mindsets.

Dave Bielanko’s muse finds him gravitating toward other inspirational tones — Spanish bullfighting music among them, but the bruised yet beautiful equation he and his brother have spent the last 15 years crafting hasn’t lost its luster. The Invaders and Dude Plays Saxophone open. —Mat Herron

Sometimes in Haiti, a poor child is offered up to a wealthy family for the purposes of labor. Slavery, it is. These children, called restaveks, are often denied not just the more esoteric elements of modern life — education, opportunity — but food, clothing and adequate shelter. Jean Robert Cadet used to be one of them. Now in Cincinnati, where he runs a foundation set up to assist restaveks, Cadet will give a lecture at The 930 Gallery on Friday detailing his experiences and reminding listeners that, yes, this is still happening, despite our designs on an ideal world. It’s also the opening of photographer Jonathan Willis’s exhibit “Restavek: Faces of Modern Day Slavery,” which features stunning portraits — printed on silk — of Haitian slave-children.

Bolstered by tunes from Teneia Sanders and Alanna Fugate, the opening goes 7-10 p.m. The exhibition runs through March 22. —Stephen George

When I met Scott Scarboro in the early ’90s, he was making his own instruments out of “junk” and playing them in a band called Geeek, alongside a five-gallon bucket of crickets with a mic inside. These days he calls himself “Monkey Boy.”

He continues to craft found objects into art, and this weekend he will perform a 30-minute soundscape using 13 unusual homemade noisemakers in conjunction with the opening of his latest exhibition, “Lucky Planet F,” at the Swanson Reed Contemporary. The artwork for the show includes sculptures and paintings made from “Mom’s old dress patterns, odd bits of plastic, oops paint and New Albany alley wood,” he says in the press release.

Scarboro’s art is colorful, playful and engaging, often utilizing moveable parts in kinetic sculpture pieces. The opening reception is from 5-9 p.m., with his performance at 7:30. —Britany Baker

I don’t know about you, but malls make me dumbstruck. I try to avoid them. The simple act of parking can instill enough rage to last two days. But sometimes you just gotta go to remind yourself that you’re a product of the suburban Midwest. This week, there’s an even better reason to trek to the mall — Dare To Care’s biannual benefit CANstruction pits 17 volunteer design and construction teams against one another to see who can build the best “thing” out of canned foods. (Think sand sculptures, but with Campbell’s soup cans.) More than 35,000 pounds of nonperishable food will be used in the competition.

Teams compete for several prizes, including the People’s Choice Award, which you can vote on while navigating the maze-like corridors of Mall St. Matthews. —Sara Havens

He participated in countless meetings inside the Oval Office, the Situation Room and Arab palaces, striving to put an end to the Arab-Israeli conflict and to transform rogue regimes in Iraq and Iran. Now, former U.S. ambassador to Israel Martin Indyk shares his experiences in his latest book, “Innocent Abroad: An Intimate Account of American Peace Diplomacy in the Middle East.” Part memoir, part history book, the work sheds light on the wildly different strategies of past presidents who sought to reshape the Middle East, the obstacles they faced and why they ultimately failed. The former diplomat will discuss his own intense involvement in the Middle East, as well as President Barack Obama’s plans to strive for peace in the volatile region. The event is free, but tickets are required. —Sarah Kelley

A group that devotes a tight track to Lovecraft’s “Cthulhu,” but then has the musical chops to keep it from going either serious-dull or campy-crappy — well, they’re a model for metal in my book. Vocalist Vincent Bennett is a master at belching full-force laryngeal oddities. As for the rest of the group, it’s been a revolving door through four albums and endless touring.

But they’ve learned well, including some prog-inspired wisdom: Guitar bridges that build beautiful towers with nostalgia or complexity or novelty will make the inevitable cathartic slams much more satisfying.

The rest of the bill at Headliners — Bleeding Through, As Blood Runs Black and Impending Doom — will also keep death-metal fanatics happy. Or morbidly sated, which is probably their preference. —T.E. Lyons

February is Black History Month, and U of L is celebrating with a two-part exhibition by Mark Priest. “Harriet Tubman and the Underground Railroad” is showing through Feb. 27, consisting of about 50 paintings, drawings and prints. Priest researched the escape routes Tubman used to assist runaway slaves as they traveled to freedom in the North. The show’s next stops are near Tubman’s birthplace at the Cambridge (Maryland) Art Center and the Rensselaer County Historical Museum in Troy, N.Y.

U of L will also be showing “Working on The Rail: The Men and Women Who Laid the Railroad” from March 5-22. Priest knows of what he paints — he worked as a laborer and track repairman for L&N and CSX Railroads for seven years. —Jo Anne Triplett

Anita Streeter, executive director of The Embroiderers’ Guild of America, calls this exhibition both “topical and timely.” The snow and ice we’ve just dug ourselves out of is reflected in the show’s title, “Winter Whites.” Seems it is also a metaphor for our current need of an economic stimulus package.

White cotton thread was about the only thread the lower classes of past centuries could afford. Colorful silk or wool thread was too expensive to be a mainstay of a poor woman’s sewing basket. As a result, women made a lot of clothing and household items with white cotton.

EGA is showing some 40 pieces of whitework, including lace, cutwork and drawn-thread embroidery, from its permanent collection. —Jo Anne Triplett

Bryce Hudson is a busy guy. He’s got a two-part exhibition plus a new book. The show features 25 works divided into two series. “The Holding Pattern” is the result of his time spent in Beijing, China, last year, where he was the artist-in-residence of NY Arts Magazine.

His subjects are women whose faces have patterns, resembling veils or lace curtains, superimposed on them. There may be a rush for portraits done like this, as the results are beautiful.

In “Equilibrium (Deco),” Hudson combines elements from 18th century Rococo and 20th century Minimalism. These two art historical periods couldn’t be more different, but it works because he focuses again on pattern.

His new book, “Bryce Hudson: Explorations in the Shadow of Pop Culture,” is available at the gallery. —Jo Anne Triplett