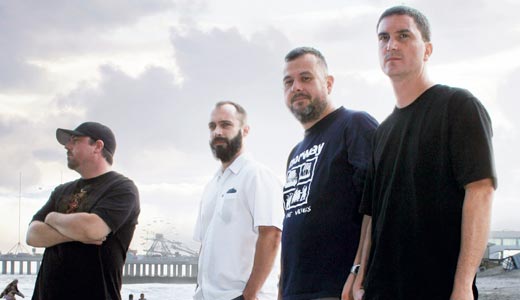 “A friend of mine says it sounds like Hawkwind meets The Meters,” says bassist Dan Maines, describing Baltimore mindbenders The Bakerton Group.

Where Clutch, the band’s other project, swaggers with stoner rock, among other styles, The Bakerton Group derives its strength from jazz, blues and post-rock. Its new album, El Rojo, was produced by J. Robbins, who manned the boards for Louisville band Black Cross’s first full-length, Art Offensive. It features Opeth’s Per Wiberg on keyboards as well as an alto sax player named Raven.

“We’re trying to fill this void musically that’s left when you don’t have any vocals,” says Maines. “The music is less repetitive because it doesn’t have to be a foundation for lyrics.”

A new Clutch album is in the works and slated for a summer release.