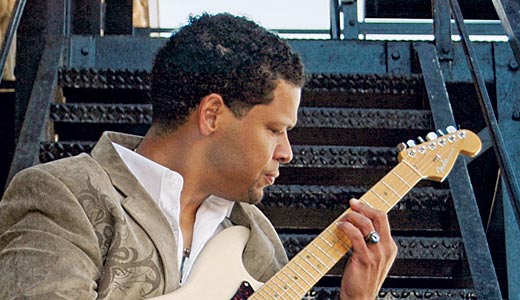 “Let’s stay with idea of, ‘Don’t lock it down to one style,’” Wil Key says of his latest record, Satisfy My Soul.

The University of Louisville grad’s record mixes spoken word, hip-hop, soul and R&B. Produced by Ryan West (Jay-Z, Beyoncé, T.I.), a five-time Grammy-nominated engineer, Satisfy’s grab bag of styles was the ethic from the start. “I wanted to explore all those styles and see how they could all marry,” Key says.

Key has been a studio presence for years, beginning in 1992, when he converted the old West End Masonic Temple into Camael Recording. He later moved Camael to the Newburg neighborhood before relocating to Colorado in 2000 to attend a graduate program in recording at the University of Colorado-Boulder.

He recorded 15 songs for LA Ganz that were later used in “Long Kiss Goodnight,” “Booty Call” and Ice Cube’s “Dangerous Mind.” He has also worked with Def Jam artist Playa.

West is using one of Key’s songs, “I’ll Be Around,” off Satisfy, in an instructional video for Digidesign, the company that makes Pro Tools, a widely used recording software.
He’s planning a show in Louisville this summer.