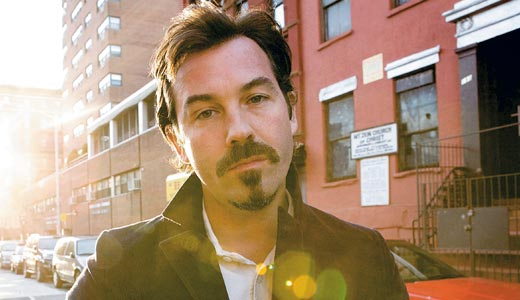 The conductors stood at the foot of a 300-seat auditorium on a wintry Utah day, watching as a rapt audience clanked beer bottles, ululated and hollered. Part exercise, part team-building, part roundtable discussion, the sounds served as the backdrop to an image displayed on screen.

“It was really cool,” said Duncan Sheik, who along with British-born film composer Rolfe Kent, directed the “musicians” at the seminar at this year’s Sundance Festival. “It would be a great way to score a movie.”

Sheik’s well-worn reputation as a pop singer-songwriter took on new sounds and characteristics in 2001, when he began work on the Broadway play “Spring Awakening,” a collab between Sheik, director Keith Powell, who works on NBC’s sitcom “30 Rock,” and Kyle Jarrow, a New York-based playwright who was steadily building his rep writing “hipster theater pieces.”

Sheik, who had grown weary of pop music success based largely on his hit “Barely Breathing,” had written a new song called “You’ve Really Gone and Done It Now.” Powell suggested that he, Sheik and Jarrow hole up for 10 days in Charleston, S.C., to write a play about lighthouses and ghosts. The setting couldn’t have been better.

“Charleston has ghost lore associated with that town. We went on the ghost tour and it fueled the fire of creativity,” Sheik said. In the late 1800s and 1900s, yellow fever and malaria struck Charleston with such vengeance that victims of the diseases were buried but, to quote Sheik’s radio hit, barely breathing. Pieces of string were attached to the fingers of the sick on one end with a bell on the other, so those above ground would know of the supposedly deceased simply by the sound of a ringing bell. That lore became the basis for “The Tale of Solomon Snell,” off Sheik’s new album, Whisper House.

“Spring Awakening” went on to win eight Tony awards, including best musical in 2007, and it recast Sheik as a pop musician who has reinvented his songwriting for a different stage.

“In a lot of ways, it resuscitated my excitement about creating music,” he said. “I found this whole new audience who was excited about the work that I was doing. There was a real intensity that had been a little bit absent in my career up to that point.”

Sonically, the shows on this tour, aided by fellow “Spring Awakening” cast member Lauren Pritchard and a nine-piece band, are taking on a more theatrical bent, “but we’re not dressing up in costumes,” Sheik laughed.

His next album is an ’80s covers record, featuring songs from New Order, Psychedelic Furs and Depeche Mode. He’s teamed up again with “Spring” co-writer Stephen Sater for a reproduction of “The Nightingale,” based on Hans Christian Andersen’s story, and another play about the Emperor Nero. “We’ll just say it’s very debauched,” he said.