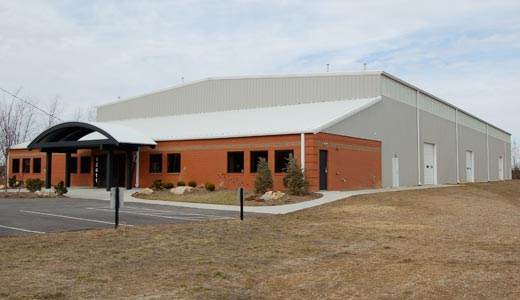 Less than a mile off Blankenbaker Parkway — a vast thoroughfare littered with business parks, gas stations and chain restaurants — there’s a neighborhood clinging to its rural roots.

This narrow stretch of Rehl Road comprises mostly modest, well-maintained houses, with a handful of condos and brick McMansions sprinkled in the mix. Despite the encroaching development, this is still the country, and that’s how residents like it.

So when a massive indoor soccer facility was erected in their bucolic little borough without warning and, as it turns out, without proper approval, they were confused and more than a little perturbed. When they learned the man behind the building snafu was a Metro employee, they were outraged.

“He is a very sophisticated employee in the Works department and he deals with planning and zoning all the time,” says Stephen Porter, an attorney for the Tucker Station Neighborhood Association. “He ought to know better.”

The “he” the lawyer is referring to is Ali Ahmadi, an engineering supervisor with Metro Public Works, who also is general manager of Javanon Soccer Club.

The nonprofit soccer club first began operating at 12411 Rehl Road in 2005, after the city granted a “conditional use permit,” allowing Ahmadi to develop two outdoor soccer fields and a playground. Neighbors were supportive, particularly because no further development would be allowed without a public hearing and approval from the Metro Board of Zoning Adjustments.

Then, in January 2007, Ahmadi submitted a proposal to Metro Planning and Design to alter the site, and a planning supervisor approved what he thought was simply a request to reconfigure the parking area.

But Ahmadi had bigger plans.

In addition to proposing a change in parking, the plan included a simple rectangle listed as a “building,” which the supervisor approved as well, albeit mistakenly.

Several months later, the 26,000-square-foot soccer facility was complete, with zero restrictions about size, lighting, landscaping, hours of operation, or anything else.

When Porter contacted the city on behalf of nearby residents in February 2008, officials were utterly confused, as evidenced by e-mails obtained by LEO Weekly. It soon was determined the building should never have been constructed without approval from the Board of Zoning Adjustment.

The city issued a stop-work order, which did no good because the facility already was up and running. Planning and Design officials then instructed Ahmid to submit an application for the building — as he should have done in the first place — to be reviewed at a hearing.

In an e-mail sent to city planning officials in March 2008, however, Ahmadi states: “I am not sure what has not been done and what is needed to be done. We will do whatever is requested of us, as long as it doesn’t cost too much (all donated funding has been spent on the site).”

Since then, the case has remained in a holding pattern, with Ahmadi initially saying he needed time to discuss the matter with his board of directors. Finally, he submitted an application for the building in November, but the plan was deemed inadequate, requiring repeated revisions.

Ahmadi did not respond to several calls seeking comment.

“They should have immediately filed plans and said, ‘Gee, we’re sorry. What do we need to do to make this right?” says Porter, who has contacted the city numerous times to push for a hearing and get a plausible explanation for the delay. In his latest e-mail, Porter suggests “the gorilla in the room in this case for my clients is the fact that a high-ranking city employee is the person responsible.”

Although Porter still has received no explanation, on Monday afternoon — after several inquiries from LEO Weekly — the proper paperwork finally was filed and a March 16 hearing was scheduled before the Board of Zoning Adjustment.

“Ideally they would tear the building down, but we are very practical,” says Porter. “We know it’s unlikely the city would tell the operator of a nonprofit soccer club for children to tear their building down.”

At this point, residents are simply hoping the Board of Zoning Adjustment will impose measures to mitigate the impact on the community.

As for the city’s take on how this happened, officials admit the matter was bungled in the beginning, and in fact were quite helpful in providing information for this story.

“Somebody made a mistake when they were asked to stamp a revised plan, which they assumed was just for parking,” says Charles Cash, director of Metro Planning and Design.

And although this case has taken longer than most to move forward, Cash insists the delay has nothing to do with the fact that the applicant is a city employee, instead blaming “a lot of back and forth” in trying to get the application right.

“It is unusual for something like this to happen,” he says. “We try to be as thorough as possible and not make these kind of mistakes.”