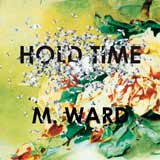 Matt Ward is lining up to inherit T. Bone Burnett’s mantle as go-to man for folk-inflected alt sounds. Consider Ward’s last couple years: career-best Post-War, a surprise hit with Zooey Deschanel as She & Him, and stellar guest work on Jenny Lewis’s solo album. On his newest disc, Ward’s more comfortable than ever peddling his deceptively laid-back style. When you listen close, it’s clear why Ward brings in covers (like a great “Oh Lonesome Me” with Lucinda Williams): The man has limited concern with writing hooky choruses (“Never Had Nobody Like You”). He prefers to let his songs meander in spiritual lyrical musing as much as low-and-slow vocal delivery. The slightly melancholy entertainer maintains his hot streak here.