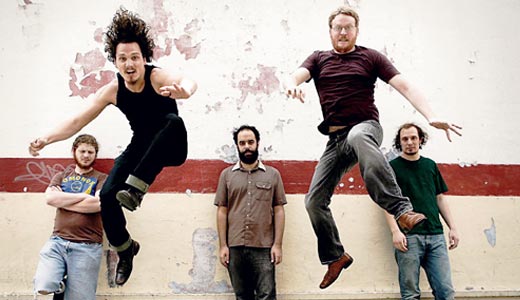 Les Claypool doesn’t just invite any old batch of minstrels to take part in his Oddity Faire. Perhaps that’s enough to nudge you toward New York’s O’Death, who stop Thursday to open for The Legendary Shack Shakers.

Their name comes from a western North Carolina folk song, but O’Death throws folk in a blender, concocting a mix that’s quite Americana and also quite metallic. “Over time, we have gotten heavier, but in a lot of ways, more dynamic,” says fiddler Bob Pycior.

In a group bound by natural progressions, Pycior fits nicely. He started taking violin lessons from a Russian instructor at age 6, and before long, was mastering Vivaldi concertos. He switched to guitar in his teens but never strayed far from his classical leanings. Pycior joined O’Death in 2002, and the Fender electric violin hasn’t shut up since.

“We went in with an intent of writing goth country music,” Pycior says. “Soon after that, we began molding it into our own style and writing the songs that we like.”