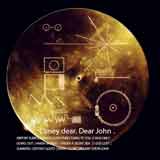 Emil Svanagen performs your standard-issue indie pop. There’s something about Scandinavian musicians in general and Swedes in particular that makes them veritable geysers of this stuff. Some of it is spectacular, some of it is god-awful. Loney Dear falls somewhere in between, but ultimately comes up short.

Tastefully played, subtly performed, Svanagen’s latest opus begins nicely with the synth-laden “Airport Surroundings.” “I Was Only Going Out” features whistling a la countrymen Peter Bjorn & John. Generally speaking, the disc features a few good tunes but not nearly enough of them. Dear John gradually loses steam, as if the album is wound by hand and then unravels until it stops. Not recommended for lengthy interstate road trips, unless sleep-induced crossover crashes are your idea of fun.