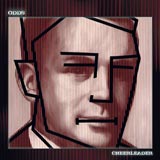 The recently reunited Odds instantly invite comparisons with Sloan but pack neither Sloan’s walloping punch nor their endearing shagginess. At heart, The Odds are craftsmen, delivering unfussy arrangements, clean production and familiar chord progressions. This can make Cheerleader feel workmanlike in patches, and occasionally vanilla (“Cloud Full of Rocks” recalls Del Amitri, Deep Blue Something and other forgotten ’90s pop-rock). Simplicity does work in the band’s favor. If the band doesn’t stretch out much, one can hardly fault them for their obviously comfortable groove, or subtle pleasures: “Out of Mind” or “River is Cried” suggest a sound into which early Weezer could’ve matured had things not gone so horribly wrong. Cheerleader never quite lands a knockout, but its guileless, no-frills sound is as refreshing as it is rare.