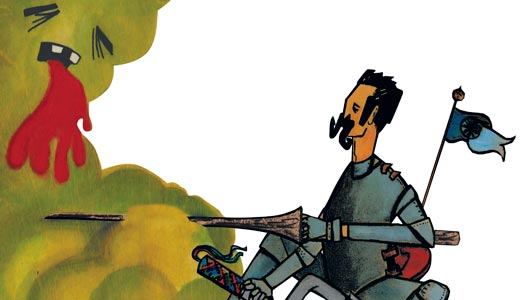 With Louisville’s stunted urban renaissance awaiting the green light from the credit market gods, the timing for the region’s second Bike Summit couldn’t have been more appropriate.

Held in the gymnasium of the old Male High School, the speaker/discussion-driven symposium gathered some 270 cycling activists, addicts and enthusiasts, as well as city officials and transportation planners whom debated, critiqued and generally gave their two cents on the state (and future) of River City’s nascent bike infrastructure — and what it might mean for the city’s own economic recovery.

Once the complimentary continental breakfast was consumed, the summit-goers took to their seats at large, nonstick, vinyl-covered fold-out tables littered with cups of Heine Bros. coffee, half-eaten bagels and Louisville Pure Tap!® water bottles (after all, Mayor Abramson was here), and the first of the day’s speakers approached the fleur de lis-emblazoned podium.

Earl Jones, president of the Louisville Bicycling Club, offered some context. “The effort made to bring us here today is a continuation of something that’s already begun,” he said, highlighting a few key developments in Louisville’s bike world since the last summit in ’05: namely, the vehicular-related deaths of three cyclists last year, the soon-to-be completed bike path-gap along the River Road corridor, and the mayor’s Healthy Hometown initiative.

From there, the talk and accompanying PowerPoint presentations focused on Metro Parks’s “City of Parks” master plan, wherein 100 miles of dedicated multi-use pedestrian/bike/equine trails will line the outer belt of I-265 in a bucolic ring connecting the triumvirate parks of Jefferson Memorial Forest, Floyd’s Fork and Waterfront Park/Riverwalk. Ideally, the “Louisville Loop” will anticipate further density and development in what are currently exurban communities by linking the system with interlacing bike-path tributaries; connecting them to places of work and play via “dynamic intersections” — plannerspeak for a place where the hypothetical cyclist can ride his or her bike from home to work/play/Walmart without confusing erstwhile motorists with their presence on “the road,” dying in the process, or both.

As Metro Parks Planner Lisa Hite noted, in much the same way that Cherokee Park largely defines the geography of the Highlands, such would the Louisville Loop do for its respective adjacent communities; park land tends to drive up real estate values, which in turns attracts business and generates wealth in what are now economically challenged areas. (See also: the archaeologically themed Portland Wharf Park.) Hite also pointed out that Jefferson County is unique in that it contains more varied physiographic provinces (i.e. forest, flood plains, high lands, et al.) than any other county in the commonwealth — sure to spark a mini “gem store economy” a la Cave City.

Even at its most optimistic, this could take 10, maybe 20 years: Metro Parks considers the Loop part of a broader vision dubbed “Cornerstone 2020.”

Can driver and cyclist live together in perfect harmony?

“You’re not Portland,” said Andy Clarke, executive director of the League of American Bicyclists and the summit’s keynote speaker. “You’re a real city.”

Clark’s statement, though met with laughter, belied the not-so-humorous task of retroactively creating alternative, bike-centric transportation around a car-dominated infrastructure. Louisville’s road to becoming a LAB-platinum-certified city like Portland has many roadblocks, including poor path connectivity, conflicting rights-of-way, and the general threat to safety posed by undereducated motorists (and cyclists, too).

“Louisville has the opportunity to be Portland faster than Portland became Portland,” Abramson later exclaimed. “But we’ve hit a snag.”

He cited the city’s budget shortfall, adding, “we have to get a few bucks here, a few bucks there” to ensure projects like Cornerstone 2020 stay relatively on track. Currently, the city has roughly 30 miles of urban bike lanes, many of which remain unconnected or of dubious design.

Yet if engineering is one hurdle, creating cultural acceptance for the cyclists (and motorists) among us is another.

“Those of us who ride our bikes need to understand the rules,” he said. “And those of us who drive our cars have to change our mindset, too. We have a right to share the same space.”

At the end of his speech, the mayor addressed the three most-recently slain cyclists, saying that the deaths were, “in my judgment, of malicious activity,” and stressed the need for awareness on both sides of the lane.

Positive as Abramson appeared, and as promising as these green blueprints may be, a good number of cyclists had plenty to say once the summit-goers formed into discussion groups. And most of it wasn’t pretty.

Members of my group — half middle-aged, half young professional — had a lot on their minds, and little of it had to do with park land or Portland. Their language, while colorful and at times outraged, reflected a certain tension within the biking community.

“We’ve got some yahoos around here,” began Nathan Lard, a septuagenarian retiree, referring to the city’s sizable population of reckless drivers, “and we can’t kill ’em, and we can’t educate ’em …”

So, a little patience is in order?

Our moderators appeared disorganized, and for a moment the discussion dissolved into chaos. Everyone, it seemed, was bitching. It was at that moment that the Coalition for the Advancement of Regional Transportation’s David Morse asked a question that, unfortunately, fell on deaf ears.

Referring to a comment made by a fellow bike groupee concerning the implementation of BMX-ready paths, Morse asked: “From a transportation standpoint, why should we care about off-road biking?”

His question hung in the air. And his point, while perhaps upsetting to the Fuck Cars crowd, is valid. Though bike paths do provide alleviation to traffic congestion and air pollution, their benefits should be incorporated into part of a larger transportation network.

Next, we played musical chairs. I traveled up to the auditorium and joined an intimate, education-related panel whose moderator, Barry Zalph, was a thin, wire-headed man, wearing on the breast of his button-down a shiny HB 88 button (the bill, now in Frankfort, would expand the law to allow drivers to be charged with actual crimes for running over and/or killing pedestrians and cyclists). The talk centered on many things: allocation of money for Safe Routes, which connect streets within school districts; integration of bike awareness into remedial driving school classes (because they’re not hell enough); among other things.

I chimed in, suggesting the city look into corporate branding and create an anthropomorphic bicycle whose catchy 30-second jingles will help children better educate their parents when they travel in the car. Like LG&E’s Larry the Lightnin’ Bug, only a bike.

We discuss the anthropomorphic bike concept until Zalph moves us back onto topic.

Though it might seem overly optimistic right now, what one gathered from Bike Summit II was a sense that things are moving in a better direction for cycling in Louisville — just make sure you wear a helmet and full-body Kevlar.