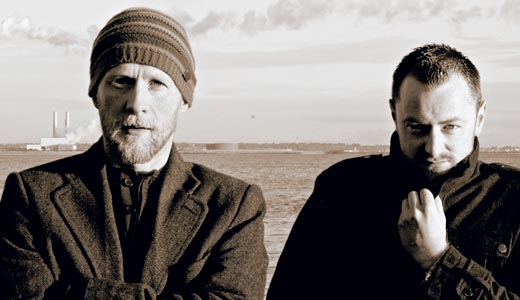 My Morning Jacket isn’t the only hometown group up for a Grammy this year.

On Friday, IceBreakers (252 E. Market St.) is hosting a pre-Grammy party in honor of the late producer and MC Static Major, who passed away last year. Static was posthumously nominated for three Grammys for his work on Li’l Wayne’s hit factory, Tha Carter III.

Static’s death reverberated through the hip-hop community nationwide, with Vibe magazine devoting an entire series to his life and work. A new tribute page is up at www.myspace.com/staticmajor502. The party starts at 10 p.m.; cover is $20.

Grotto @ The Vernon
Dublin-based duo Guggenheim Grotto is continuing a tradition: Irish groups with an epic view of pop, folk and rock. They earned the No. 1 spot on the iTunes folk chart, and are building more momentum by way of a Southeast tour.

Keith @ Freedom Hall
Toby Keith counts Jim Jones, Obama’s pick for head of the joint chiefs, as one of his many fans. Keith and his irascible country demeanor make a stop at Freedom Hall this Friday. Concert starts at 7:30 p.m. According to 502tickets.com, tickets for this show are going for as much as $450 online.

LEO Music ’Cast
Do over! Stonewheel join us in the LEO offices to talk about their new album, Electric Light. Listen at leoweekly.com/music, myspace.com/leoweekly or download this and other podcasts for free from iTunes.